February 3, 2017 - Paris, France - Le Louvre Attacked by Lone Assailant Yielding Machete. This photo was taken by a travel guide with a group of 34 Chinese tourists, while they were descending towards the Carrousel of the Louvre Museum Paris and came upon law enforcement after they had stopped the assilant. The four soldiers with weapons drawn, surrounded ABDULLAH EH, 29 (Egyptian), who is on the ground. A French soldier on duty opened fire on Friday, at him after he tried to attack him with a knife at the entry of the Le Louvre Museum. (Credit Image: © Xinhua via ZUMA Wire) 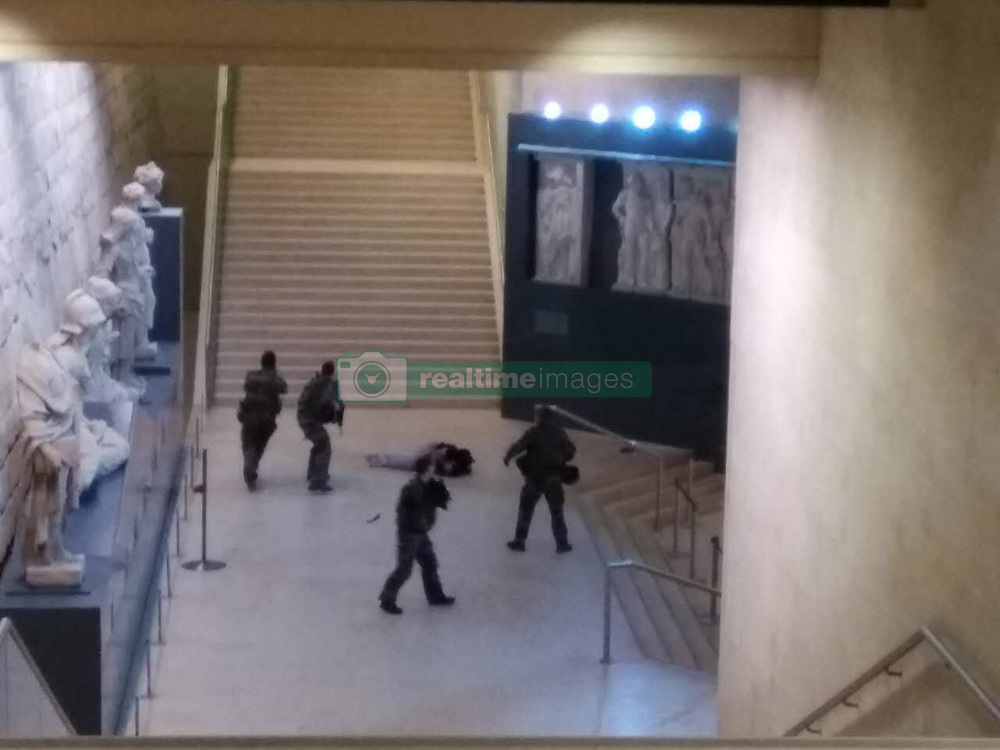