Network of Peace, 'Stop To War', Rally In Rome

April 13, 2018 - Rome, Italy, Italy - The message that the Network for Peace is launching today from Piazza Santi Apostoli in Rome, in a press conference organized in the street, with the support of many associations: including the Alliance of Six, the Table of Peace, trade unions (Cgil, Cisl and Uil), Pax Christi, the International House of Women, the Abel Group, Archives, Unbalance. ''We appeal to politics, because the Mediterranean and the Middle East are now a battlefield, now there is the risk of a new conflict involving the world superpowers on April 13, 2018 in Rome, Italy (Credit Image: © Andrea Ronchini/NurPhoto via ZUMA Press) 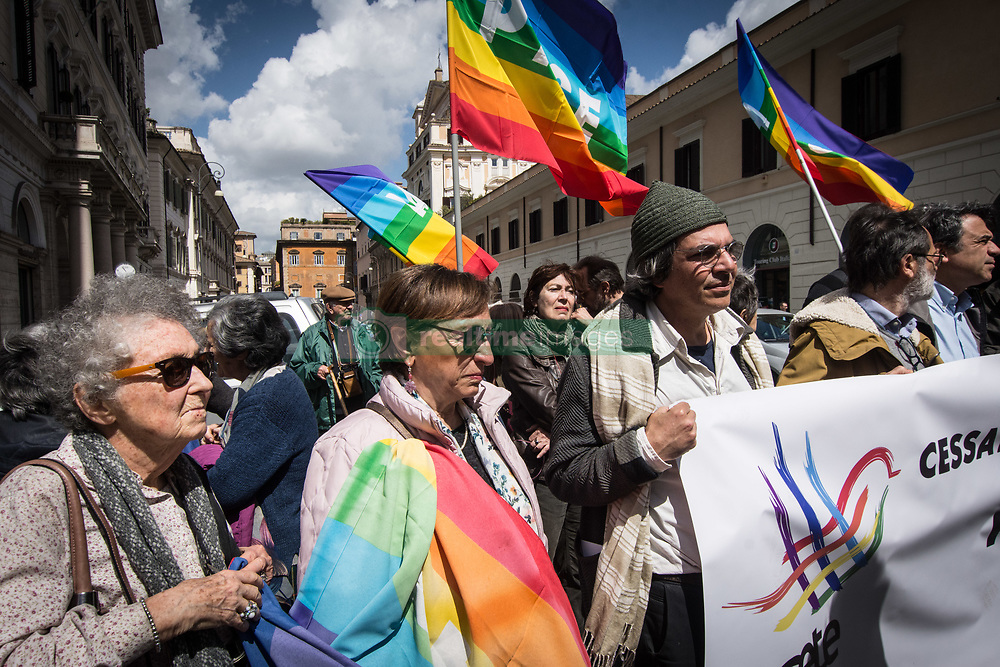