Violent clashes on the shores of northern Gaza

October 1, 2018 - A number of Palestinians are injured after violent confrontations break out between Palestinian demonstrators and the Israeli Security Forces on Monday 1th October 2018 on the west of Beit Lahia, in the northern Gaza Strip. Israeli forces were involved in repressing the 10th Sea March which began from the Gaza port and continued to the north of the Gaza Strip near Beit Lahia and with demonstrators calling for the lift of the Israeli siege on Gaza. A number of participants were wounded by live bullets and suffocated by tear gas fired by the Israeli forces. Some Palestinians protesters hurled rocks along the Gaza sea barrier on the border with Israel. According to Israeli sources dozens of Palestinians were also injured as a Gaza flotilla attempting to break the sea blockade and enter Israeli waters was intercepted by the Israeli navy who opened fire on them (Credit Image: © Ahmad Hasaballah/IMAGESLIVE via ZUMA Wire) 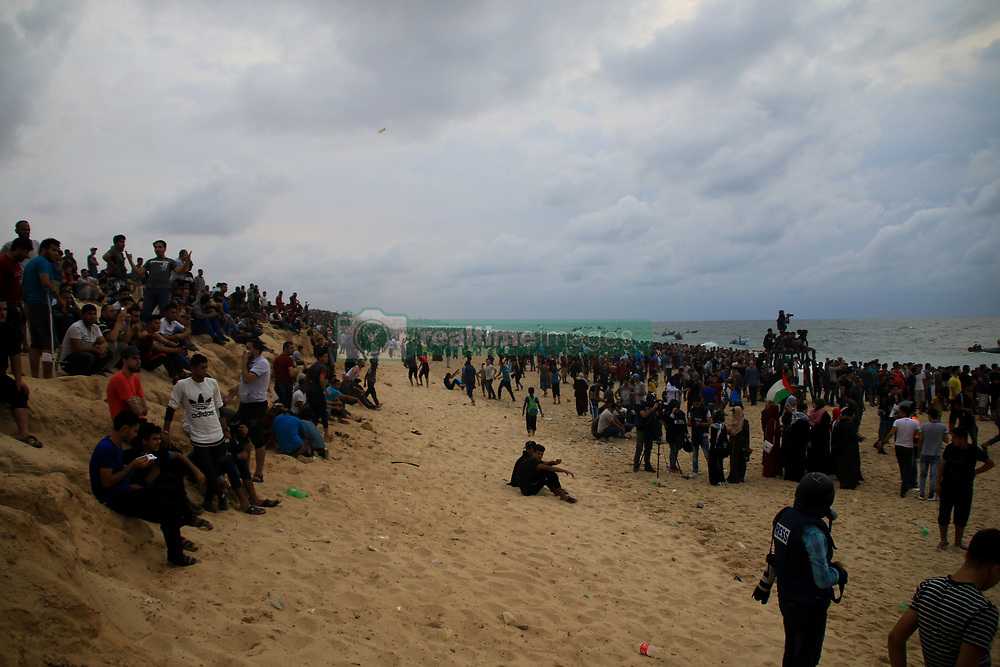