Portraits of perfection: No, they're not photos, but pencil drawings by a young genius from a tough council estate..Stare closely at the pictures on this page. What do you think it took to create these beautiful images of Amy Winehouse, Mother Teresa, Princess Diana and Rihanna? An expensive camera, a precision lens, hours of trial and error from a skilled photographer?.Well, the answer is none of the above..All of these extraordinarily detailed pictures are pencil drawings, created purely by hand Ã‘ with no digital trickery Ã‘ by British artist Kelvin Okafor, whose only tools are a set of pencils, a piece of paper and the occasional stick of charcoal (though most of the pictures donÃ•t even require that). Yet no matter how closely one looks, thereÃ•s not a pencil line in sight..The artistÃ•s story is almost as sensational as the pictures he has been producing since he was a teenager who was too poor to leave his house to socialise. Instead of drinking and clubbing, Ofakor, now 27, stayed at home in Tottenham, North London, seeking solace in drawing. Now it looks as if heÃ•s on his way to fame and fortune..Today, an exhibition of his work opens at LondonÃ•s Science Museum Ã‘ and already some of his portraits are changing hands for Â£10,000 apiece. This week, a portrait he drew of King Hussein of Jordan is to be presented to the late monarchÃ•s widow, Queen Noor..Anyone can commission a portrait, though he will charge anything from Â£800 to Â£3,000 for his work. He says he prefers to work from photographs rather than real life Ã‘ partly because of the length of time he spends on each picture..So how does Okafor create these incredible works of art? Ã”Before I start drawing, I spend a few hours Ã‘ even a few days Ã‘ analysing the face from every angle. I usually start with the eyes. From there, I make the whole shape of the face and I work in the detail..Ã”I draw in sections. IÃ•m right-handed so I work from left to r 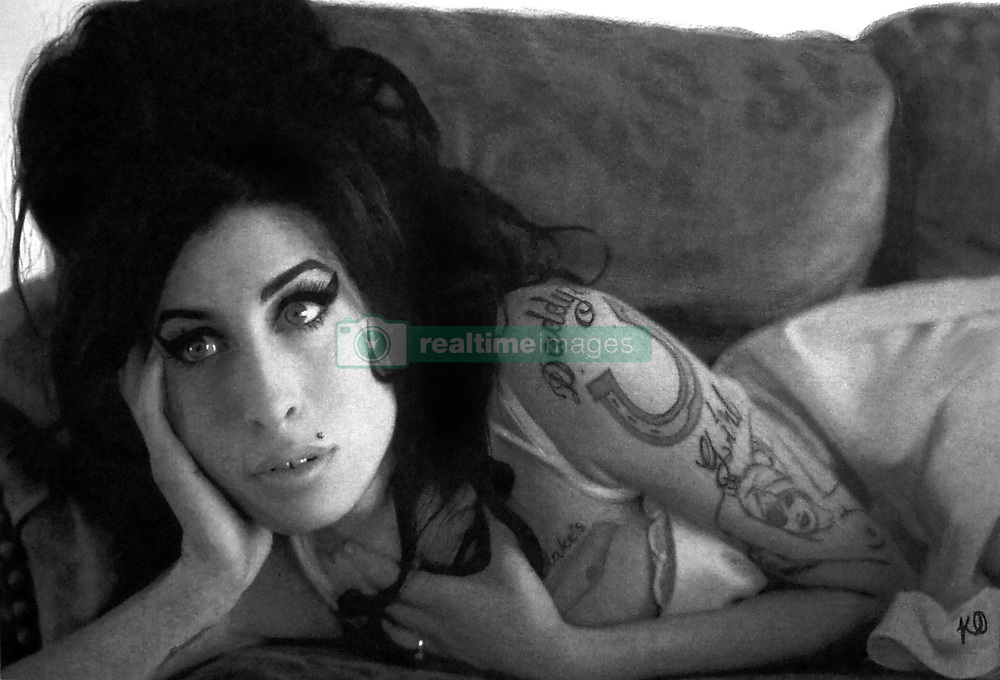