September 26, 2018 - Washington, District of Columbia, U.S. - EXCLUSIVE - A third woman has presented the Senate Judiciary Committee with allegations of inappropriate behavior by Supreme Court nominee Brett Kavanaugh, accusing him of sexually aggressive behavior at alcohol-fueled parties when he was in high school. The new accuser, JULIE SWETNICK, was identified by her lawyer Michael Avenatti on Twitter. In a sworn statement prepared by Avenatti and submitted to committee, Swetnick said that Kavanaugh and his friend Mark Judge were present at a party where she was drugged and 'gang raped.' Swetnick did not identify Kavanaugh or Judge as her attacker in that incident. She said in her statement that there are two witnesses who can attest to her account, but she has not identified them publicly. PICTURED: 2000 - Washington DC, U.S. - JULIE SWETNICK at the 2000 Cystic Fibrosis Foundation Singles Ball in Washington DC. (Credit Image: © Mark Finkenstaedt/ZUMA Wire) 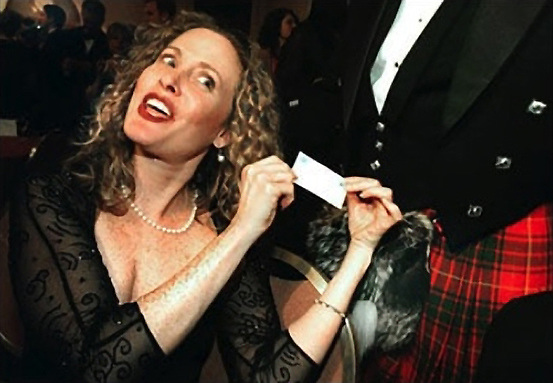