August 8, 2017 - South Africa's parliament debates over a no-confidence motion on President Jacob Zuma, debate is also over the future of the ruling African National Congress. The former liberation movement has led South Africa since the first all-race elections in 1994, but some parliament members warn that the ANC will lose support if Zuma is allowed to stay in office. If the no-confidence motion succeeds, Zuma will have to resign immediately. He has survived such votes in the past, but this is the first to use a secret ballot. The ANC had its worst showing last year in municipal elections as Zuma faced allegations of corruption. FILE IMAGE: March 21, 201 - King William's Town, South Africa - South African President JACOB ZUMA during a rally to mark the Human Rights Day. Amid a surge in racism, the South African government is finalizing the National Action Plan against Racism and Related Intolerances, President Jacob Zuma said on Tuesday. (Credit Image: © Kopano Tlape/Xinhua via ZUMA Wire) 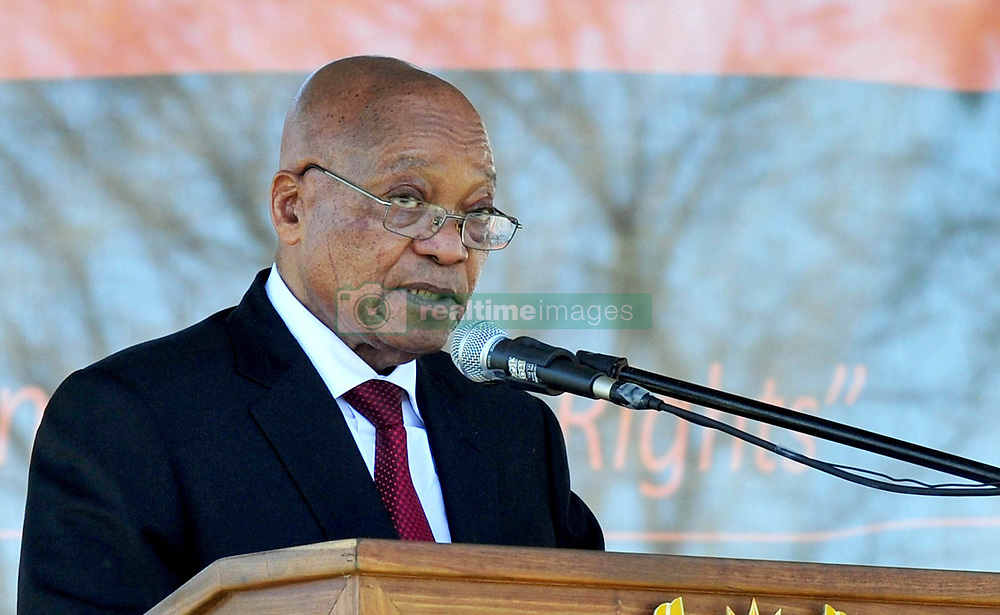