July 26, 2018 - San Antonio, Texas, U.S. - SANDRA ELIZABETH SANCHEZ, 44,and her daughter, CRISTHEL NOHELIA BARAHONA SANCHEZ, 15, wipe tears while talking with media at the Archdiocese of San Antonio Catholic Charities offices, Thursday. Sanchez was recounting her separation from her daughter after being caught by U.S. Border Patrol in Eagle Pass on June 18th. Sanchez reunited with her daughter Wednesday night after they were released and are headed to Washington State where her older daughter and three grandchildren live. Three days before they were caught, Cristhel celebrated her 15th birthday along the route in Mexico. People around them pitched in and bought her a little birthday 'pastelito'. (Credit Image: © Jerry Lara/San Antonio Express-News via ZUMA Wire) 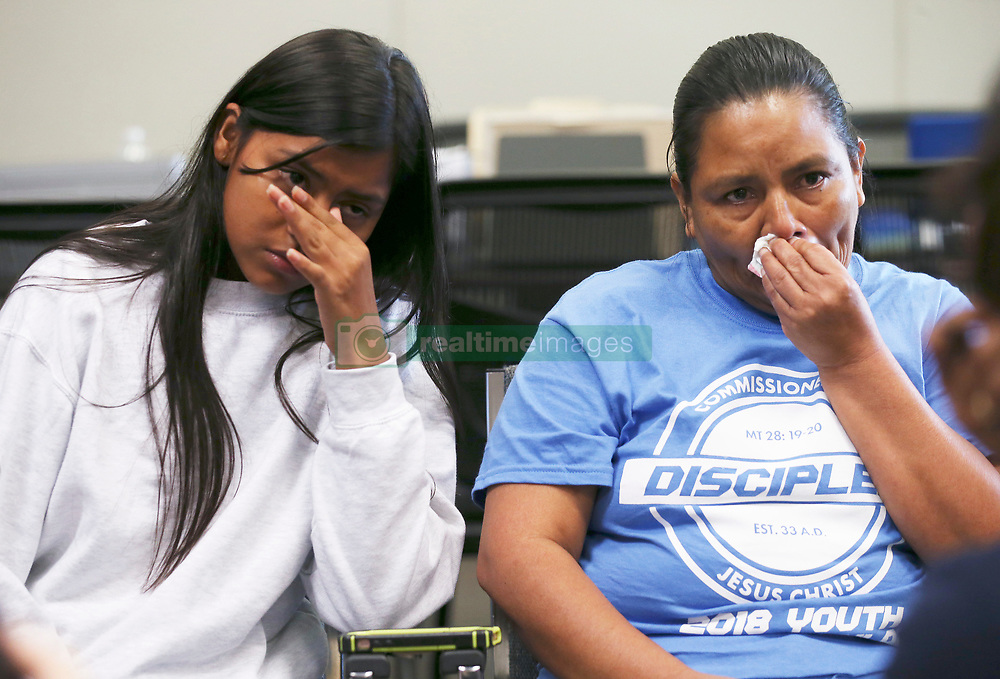