July 16, 2017 - Mosul, Iraq - A little girl named AMINA was found by Iraqi Army soldiers when they heard her cries from the rubble. She was believed to be a foreigner and spoke Russian. When asked where her father and mother were she said they were martyrs, probably ISIS fighters killed in the battle or by suicide bomb, it was difficult for medics to determine exactly. She was given emergency medical care at a Trauma Stabilization Point with Iraqi Army medics and Global Response Management team on July 16, 2017 amid ruins of the Old City then taken to the general hospital. The battle with ISIS continues in a small part of West Mosul even though it was declared liberated days ago. Injuries from suicide bombers, grenades and snipers continue as ISIS fighters use tunnels to continue the fierce conflict. (Credit Image: © Carol Guzy via ZUMA Wire) 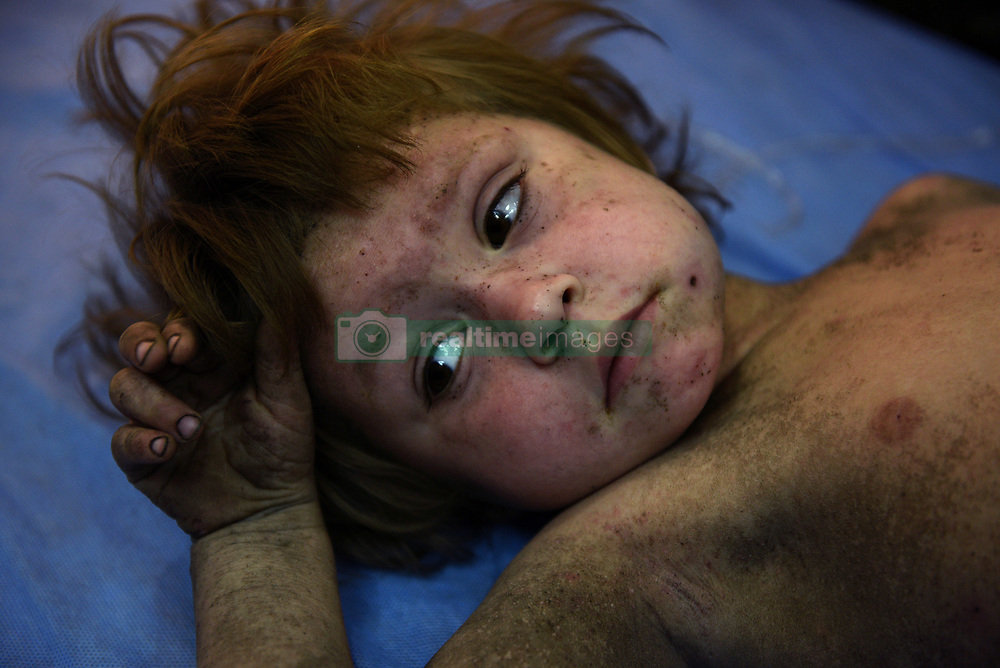