EXCLUSIVE: Who's That Girl? Johnny Depp takes a break during filming chatting to mystery girl in Vancouver, Canada. Johnny was seen filming 'Richard Says Goodbye' in Victoria, Canada. The film surrounds Richard, played by Johnny who receives some devastating news and sets out to live his life to the full. Johnny has been filming his latest project in Canada and has spent time to greet fans and visit the local children's hospital as well. Johnny was seen taking a break from filming and relaxing while chatting on set while in Victoria, Canada. It is unclear wheather the girl was a fan, crew member or a friend of Johnny's. 22 Aug 2017 Pictured: Johnny Depp. Photo credit: MEGA TheMegaAgency.com +1 888 505 6342 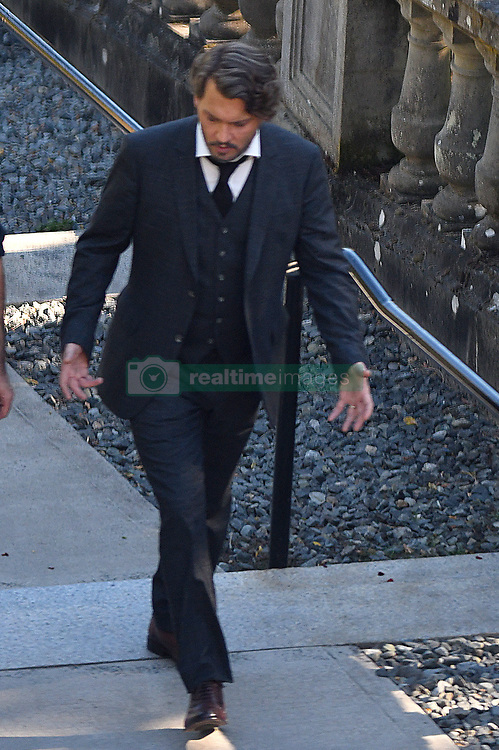