November 20, 2018 - Kashmiri Muslims attend the funeral of rebel Abid Chopan who was killed during a confrontation with Indian forces in the Shopian district of Indian administered Kashmir on 20 November 2018. Chopan is one of four rebels killed in a gunfight between Indian forces and Kashmiri rebels who were identified as Inam ul Haq of Feripora, Abid Nazir Chopan of Paddarpora, Mehraj ud Din Najar of Drawni Zainapora and Basharat Ahmad of Chotigam. Two Indian paratroopers were also killed in the exchange of fire. A lady was also injured by a live ammunition near the gunfight site in the Shopian district and was taken to hospital (Credit Image: © Muzamil Mattoo/IMAGESLIVE via ZUMA Wire) 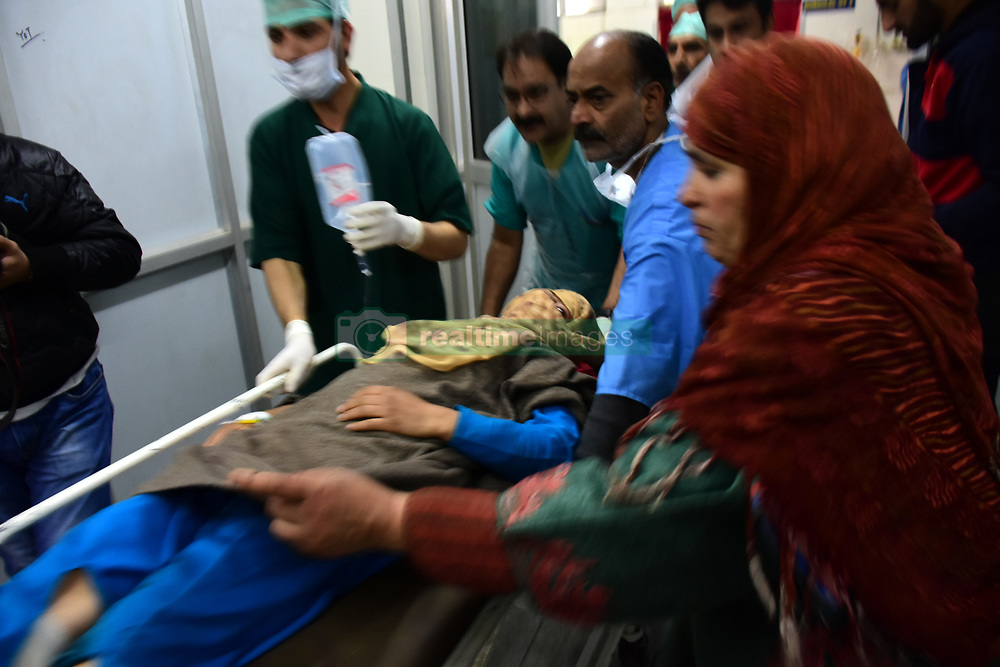