April 26, 2018 - Phoenix, Arizona, U.S - In the largest teacher strike in Arizona history, teachers walked out on Thursday April 26, and demonstrated at the capitol in Phoenix, to demand improvements to state funding of schools. At least 50,000 teachers and supporters from all over the state converged to apply pressure to the governor and legislature. The state ranks 49th in per-pupil spending in the nation. Teachers decided to strike after the governor proposed a deal that increased teacher salaraies 20% over two years, but did no offer anything for support staff or general school funding to cover everything from textbooks to facilities. Red for Ed reminds supporters to wear the color to express their support of teachers. (Credit Image: © Rick D'Elia via ZUMA Wire) 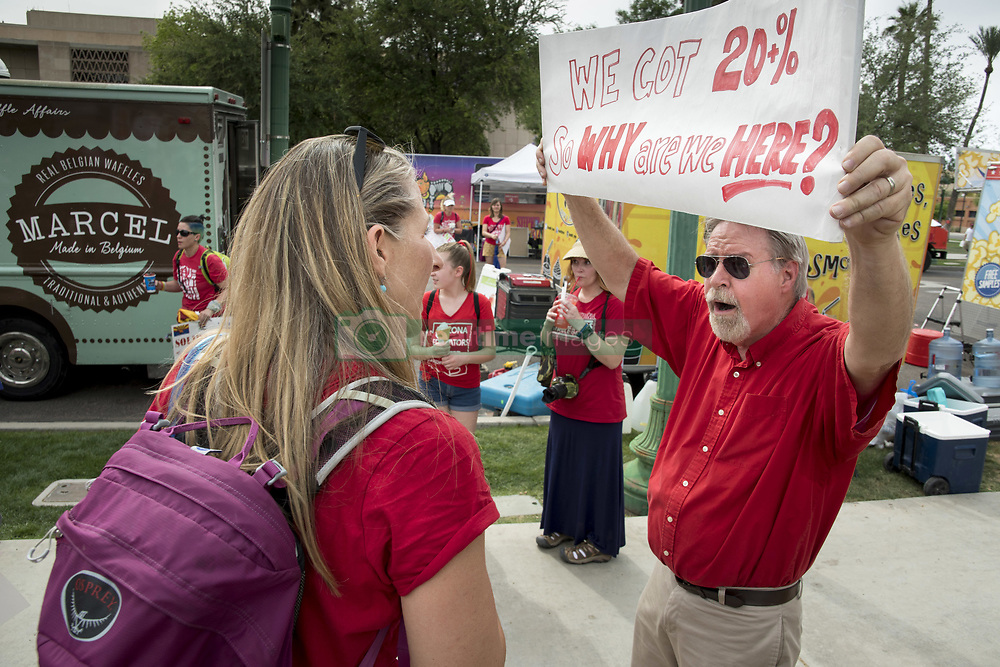