Jan. 20, 1989 - Washington, DC, United States of America - U.S. President George H.W. Bush takes the Oath of Office to become the 41st President of the United States during a ceremony on the steps of the Capitol January 20, 1989 in Washington, DC. Wife Barbara holds two Bibles: one used by George Washington during his first inauguration in 1789 lent by St. John's Lodge No. 1 of the Free and Accepted Masons of New York City. The other Bible was a gift to the President-Elect from the House and Senate Prayer Group. Each of the Bibles was open to the Beatitudes. (Credit Image: © White House/Planet Pix via ZUMA Wire) 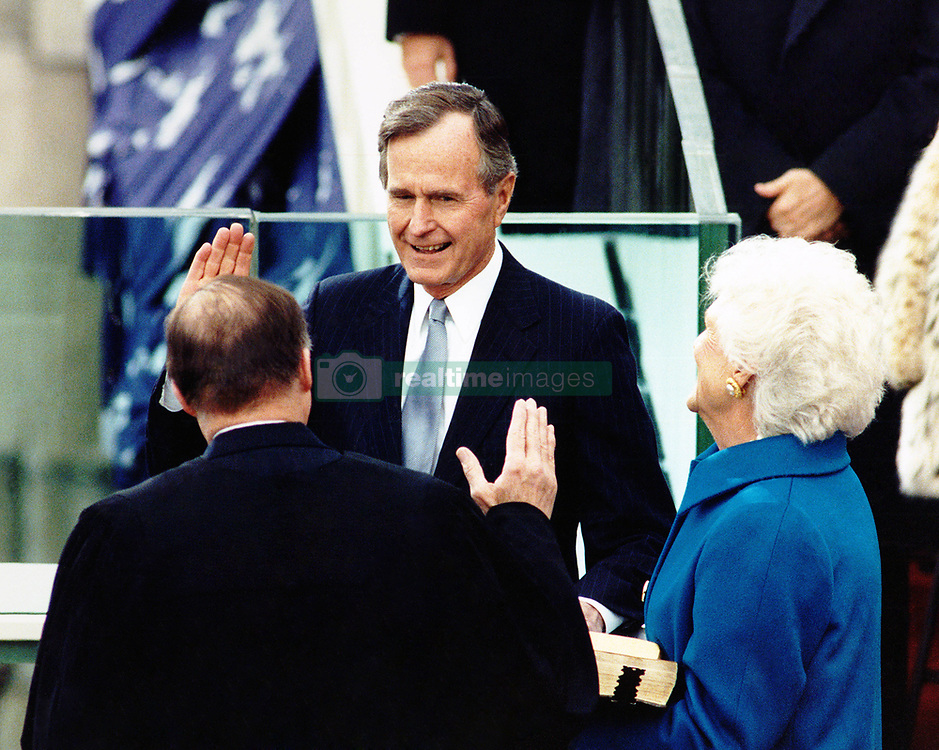