File photo - Andy Murray of Scotland wins his 2nd men final at the 2016 Wimbledon Championships at the AELTC in London, UK, on July 10, 2016. Murray defeated Canada's Milos Raonic 6-4, 7-6 (7/3), 7-6 (7/2). Andy Murray shocked the tennis world Friday morning in Melbourne when he announced his plans to retire this year during a tearful press conference ahead of the Australian Open. The former world No. 1 had hip surgery in January 2017 and says the pain has become too much to bear. Photo by Corinne Dubreuil/ABACAPRESS.COM 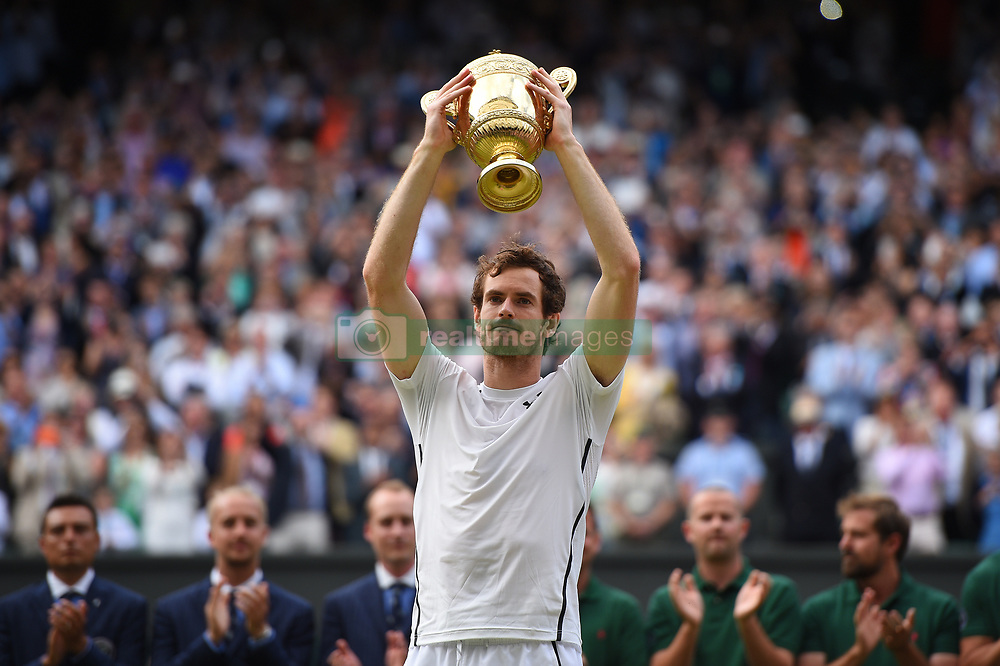