June 23, 2017 - NEW DELHI, INDIA - NEW DELHI, INDIA- JUNE, 22, 2017: Anju Devi, 19, (left) holding her injured three-year-old sister Beena, (right) whose ears were chopped off by her own father, pictured at a police station in New Delhi, India.....Amrit Bahadur, 35, beat his three-year-old daughter and chopped off both her ears, claiming that a supernatural power asked him to do so. He locked his wife and other children on the terrace and then tortured the girl.....Bahadur was arrested on the spot and is in police custody.....Pictures supplied by: Cover Asia Press (Credit Image: © Cover Asia Press/Cover Asia via ZUMA Press) 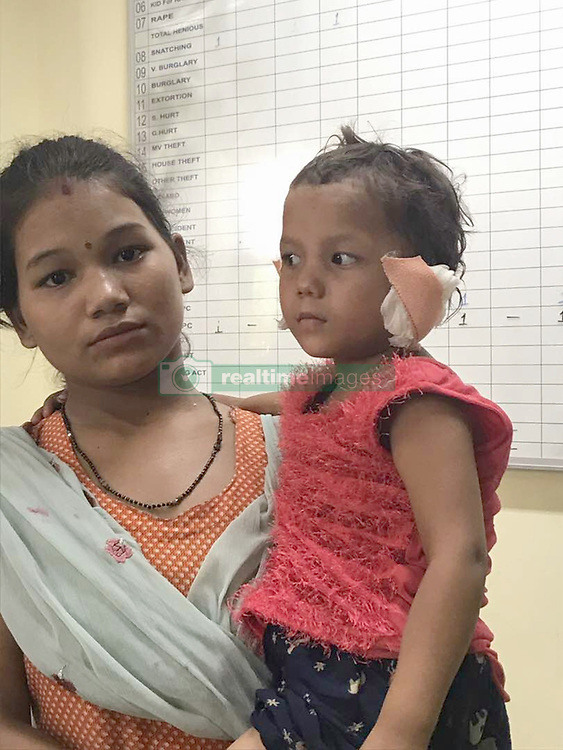