Jun 6, 2017 - Washington, District of Columbia, U.S. - They trained with the infantry, carrying first aid kits instead of weapons. They dodged bullets to tend to wounded soldiers, sometimes with whatever supplies they could find. And even in the midst of thick combat, they remained steadily focused on their mission of saving lives. They were the combat medics of World War II.No amount of training or planning could have prepared them for the casualties inflicted during the largest amphibious assault in history: D-Day, the Allied invasion of Europe. Edwin "Doc" Pepping, left, and Albert 'Al' Mampre served as combat medics attached to Easy Company, 2nd Battalion of the 506th Parachute Infantry Regiment, 101st Airborne Division, also known as the 'Band of Brothers.' (Credit Image: © Matthew Pepping/DOD via ZUMA Wire/ZUMAPRESS.com) 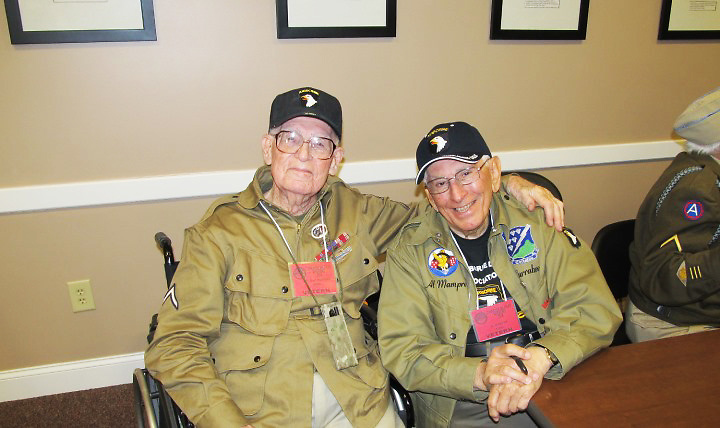