September 10, 2017 - Paris, France - Demonstrators protest against a new anti-terror draft law and denounce what they call a ''permanent state of emergency'', in Paris on September 10, 2017. The banner reads Â« No to the permanent state of emergency Â». The new laws -- a campaign pledge of President Emmanuel Macron -- will replace a state of emergency imposed after the November 2015 terror attacks in Paris that left 130 people dead. The measures were extended for a sixth time on July 6. Some of them will become permanent under the proposed law, a move rights groups including Amnesty International and Human Rights Watch say is draconian. (Credit Image: © Michel Stoupak/NurPhoto via ZUMA Press) 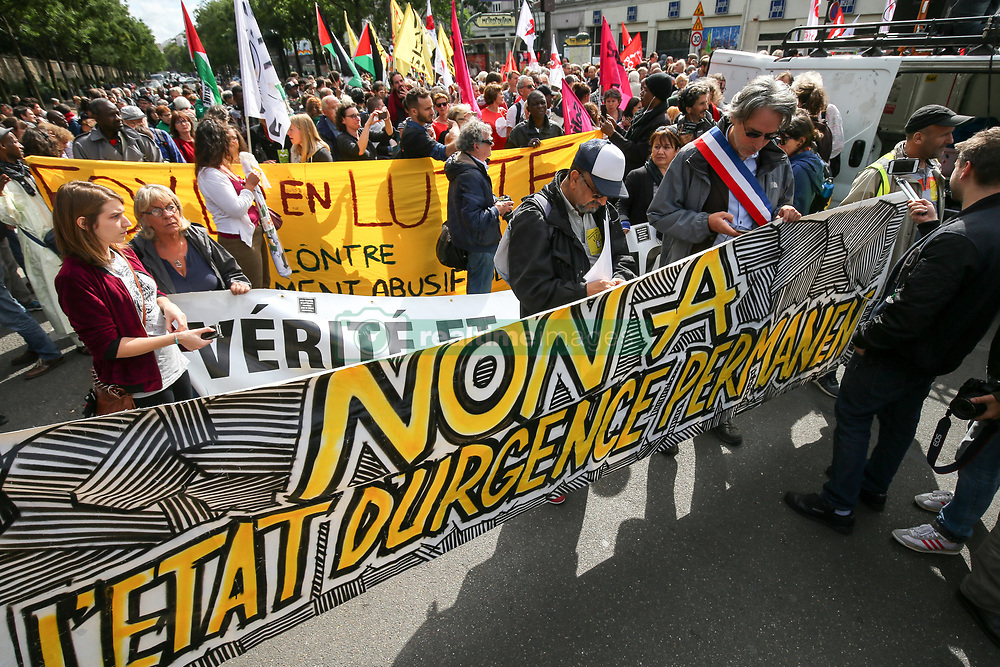