Rally against male violence: Not a woman less

INT. June 3, 2017. Buenos Aires City, Argentina.- Thousands of women manifestate from the National Congress to Plaza de Mayo, Buenos Aires City, on the third anniversary of the NotAWomenLess Rally (#NiUnaMenos in Spanish) and against women violence that currently in Argentina every 18 hours a woman is murdered.
During the rally there were different artistic intervention, self-defense class, and talks. The green handkerchief represents the fight for safety, legal and free abortion to be made at hospitals.
At the end, there were some disturbs. 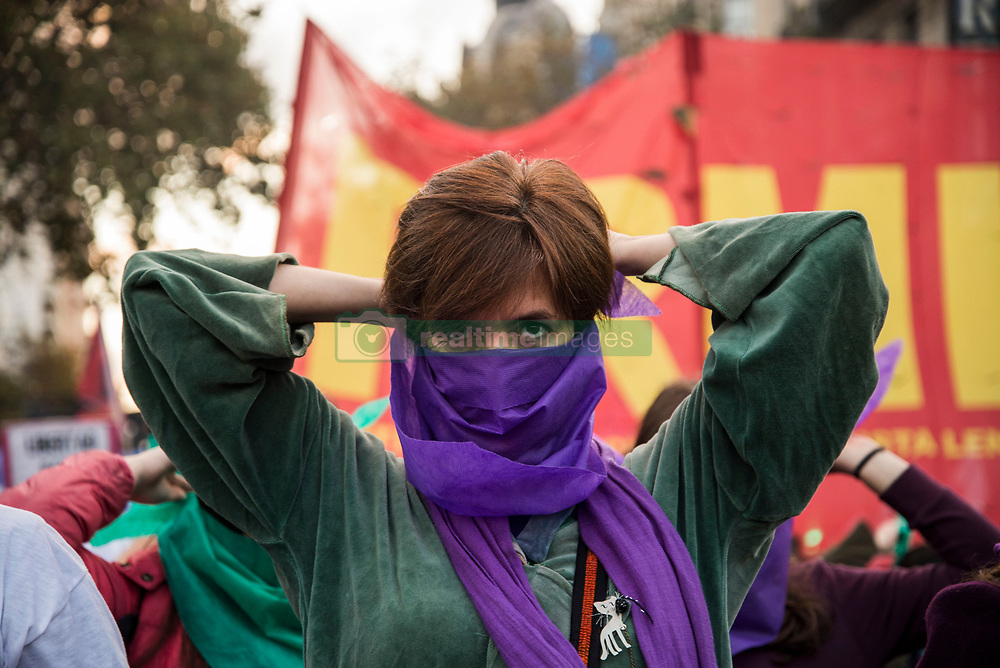