April 28, 2017 - Krakow, Poland - Krzysztof Rutkowski (pictured) accompanied by two mothers spoke during a press conference about two Krakow's Courts judgments that took away children from their mothers...Krzysztof Rutkowski, the most renowned Polish private 'detective' (with no licence, so according to Polish and International law, he cannot be called a detective), began his career specializing on finding and returning to their owners stolen vehicles, works of art, etc..Rutkowski is well known for rescued many kidnapped people, including Polish women who had married Muslim men and could not escape the harsh reality of the Middle-East and wanted to return to Poland, but were mistreated and detained by their husbands and families. .On Friday, April 27, 2017, in Krakow, Poland. (Credit Image: © Artur Widak/NurPhoto via ZUMA Press) 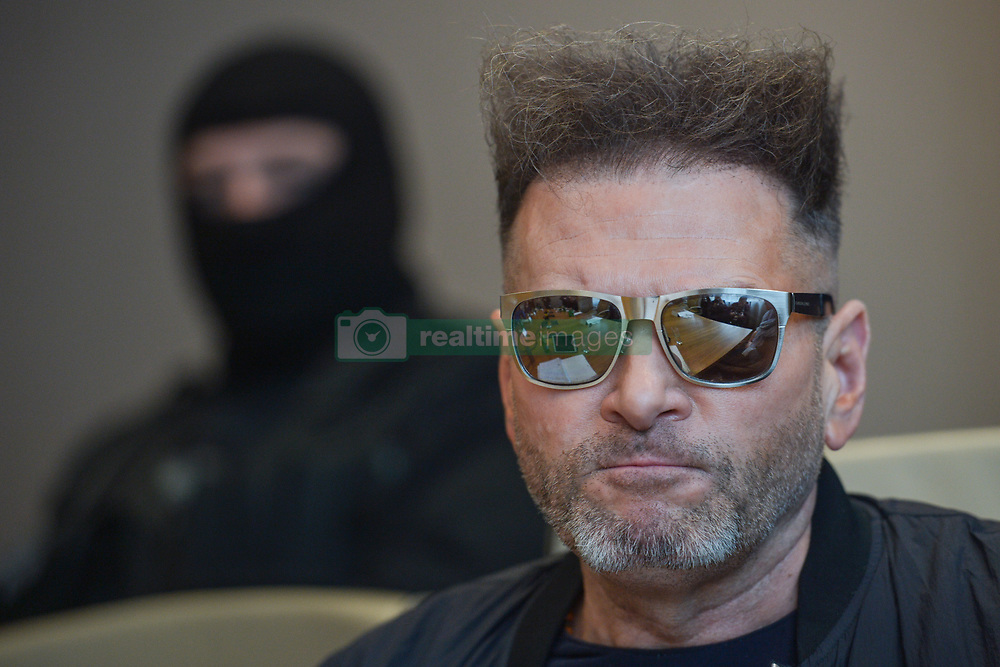