Hollywood Police officer Kenny Klingman and Sgt. Gina Aud speak to a resident at the Seahorse Condominium on Hollywood Beach about evacuating. The man who did not want to give his name said he was undecided about evacuating from his ocean front condo. The Hollywood police are creating lists of residents who have decided to remain on the beach even though its a mandatory evacuation zone. Hollywood police say they will check on those known individual after the storm passes. Photo by Susan Stocker/Sun Sentinel/TNS/ABACAPRESS.COM 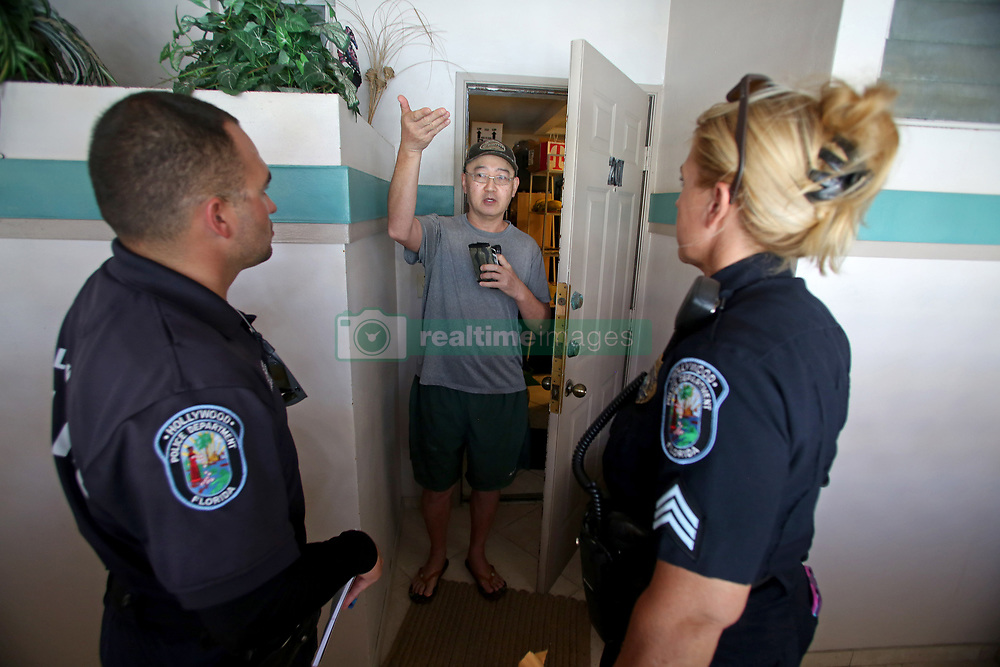