Pages of the Sea

November 11, 2018 - Weston-Super-Mare, North Somerset, UK - Weston-super-Mare, North Somerset, UK. Pages of the Sea on the Armistice Day centenary, 1918-2018, of the end of the First World War. Pictured: a sand portrait of Lieutenant Colonel John Hay Maitland Hardyman, designed by sand artists Sand In Your Eye, drawn into the sand on Westonâ€™s beach to be washed away as the tide comes in. Lieutenant Colonel John Hay Maitland Hardyman, D.S.O. M.C. (28 September 1894 â€“ 24 August 1918) was born in Bath, was an Officer in the Royal Flying Corps and was awarded for gallantry. In May 1918, aged only 23, he became the youngest lieutenant colonel in the British Army. In December 1914, he was accepted for officer training with the Royal Flying Corps (forerunner of the RAF) at Brooklands, Surrey, though eventually served with the Somerset Light Infantry. He was awarded the Distinguished Service Order for conspicuous gallantry and devotion to duty. After the enemy had penetrated allied lines, John went forward through a heavy barrage to rally the troops and repel repeated enemy attacks over two days and three nights. He encouraged them through â€œcoolness and absolute disregard of personal dangerâ€ to maintain a tactically important position. He was killed in action at Bienvillers, France, and buried in the military cemetery there. He was killed in France aged 24. Pages of the sea was devised by film-maker Danny Boyle and held at over 30 beaches across the UK on 11th November. Each event centres around a drawing of a large-scale portrait of a casualty from the First World War, designed by local sand artists, which will be washed away as the tide comes in. (Credit Image: © Simon Chapman/London News Pictures via ZUMA Wire) 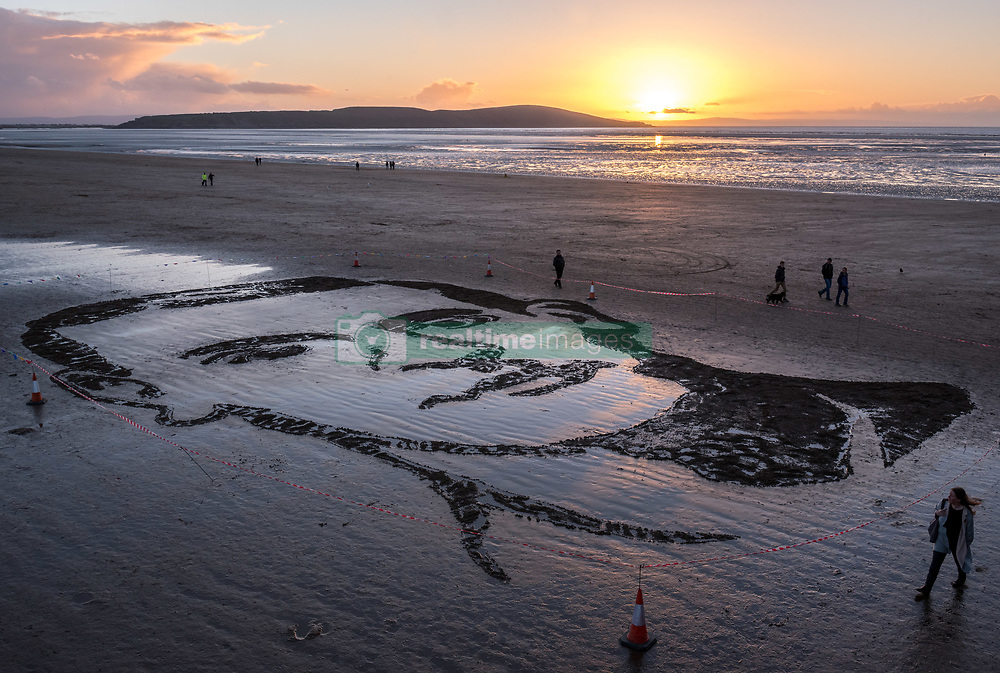