The Zouave statue at the Pont D'Alma bridge partially submerged as Seine river keep on rising in Paris, France on January 25, 2018. The River Seine continued to rise in Paris on Thursday as it headed toward the 6-metre mark. The capital's famous museums were taking emergency measures and transport authorities said part of a major train line would remain closed for a week. Heavy rains have lashed France for days, leaving 30 departments across the country on flood alert. Some towns and villages in the east are already inundated, leaving homes and shops filled with muddy water. The Seine, running through the centre of the French capital, had already burst its banks in some places Monday, growing into a powerful muddy torrent that has submerged riverside parks and footpaths. Photo by Christian Liewig/ABACAPRESS.COM 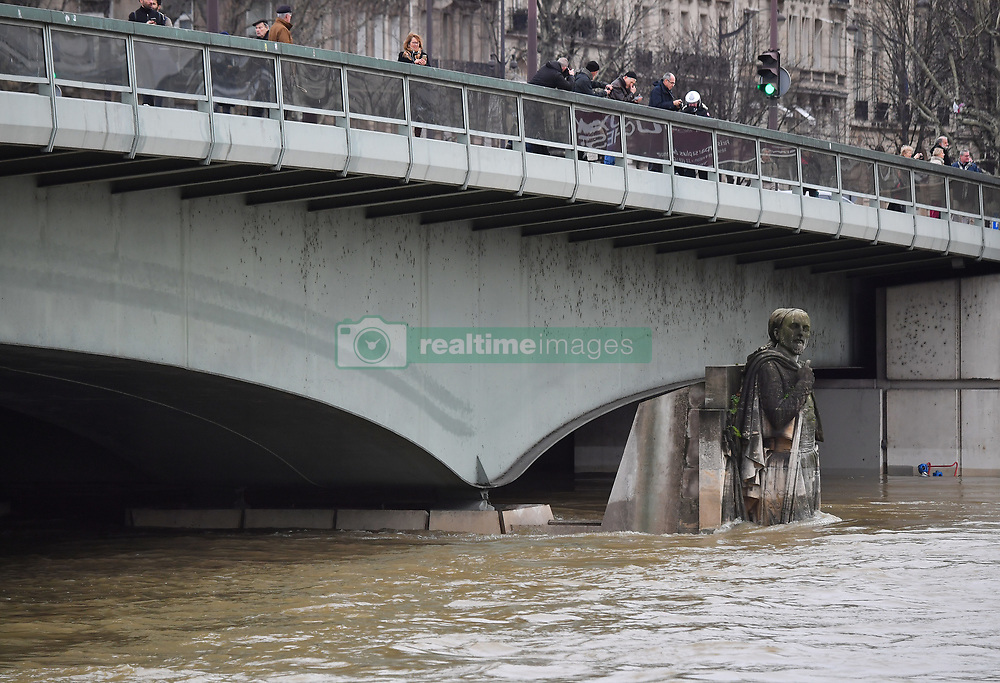