Carelessness kills woman motorcyclist...Dashcam footage shows a driver and his passenger bickering as they drive along a main road in Thailandâ€™s Soghkla Province...However any distraction that the argument may have caused cannot be blamed for the accident that occurred when a female motorcyclist changed lanes in front of the car without checking...The result is obvious form the footage and the 19 year old motorcyclist sustained serious head injuries from which she later died Her passenger was also seriously injured and remains in a serious condition...Obviously the accident would not have occurred if the woman had checked behind her before making the maneuver â€“ especially as she was wearing a Muslim headscarf which would anyway have hindered her view and perhaps her hearing the car behind...Another major contributing factor was probably that she was not wearing a crash helmet. The law about crash helmets is vague in Thailand - most believe that the driver MUST wear one whilst the passenger need not. In any even the law is seldom observed especially in remote areas â€“ all this contributes to Thailand having the second worst road fatalities record in the world...The driver, a 29 year old known simply as Yo, said â€œI had not yet paid my insurance so the repairs to my car will cost me 45,000 baht (approximately 1,000 pounds) and the motorcyclist wonâ€™t be insured â€“ they never areâ€.Â©Exclusivepix Media (Credit Image: © Exclusivepix media via ZUMA Press) 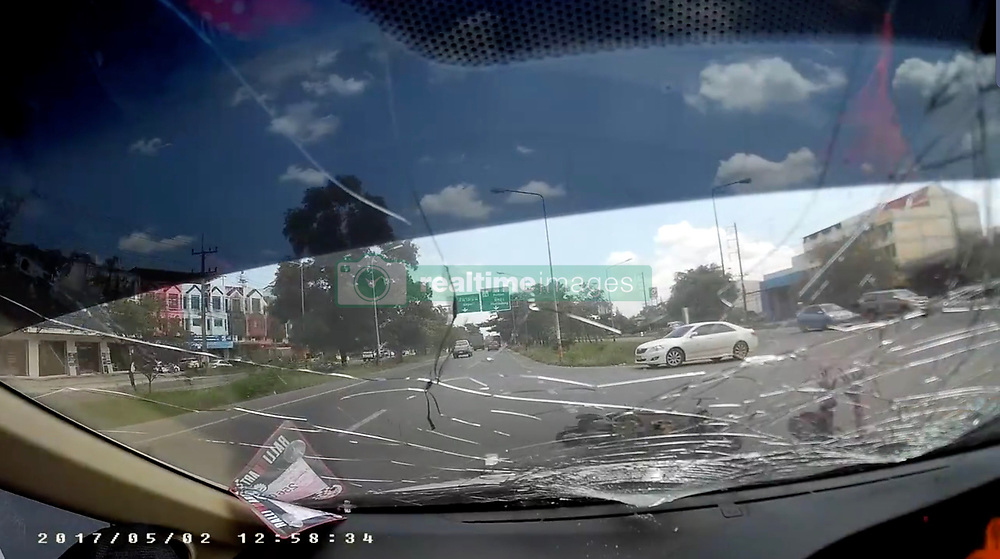