May 26, 2017 - London, UK - London UK. 26th May 2017. People hold banners at the top Killing Cyclists protest vigil and die in outside the Tory Party HQ marking the deaths of an estimated 280,000 people from air pollution, largely transport related and a further estimated 168,000 people from inactivity diseases due to lack of protected cycle lanes, since the Tories were elected in 2017. They demand that 10% of the transport budget be spent on clean-air protected cycling infrastructure by 2020. A similar protest took place outside the Labour HQ a week previously, but this one marked the death of yet another cyclist on London's roads. Peter Marshall ImagesLive (Credit Image: © Peter Marshall/ImagesLive via ZUMA Wire) 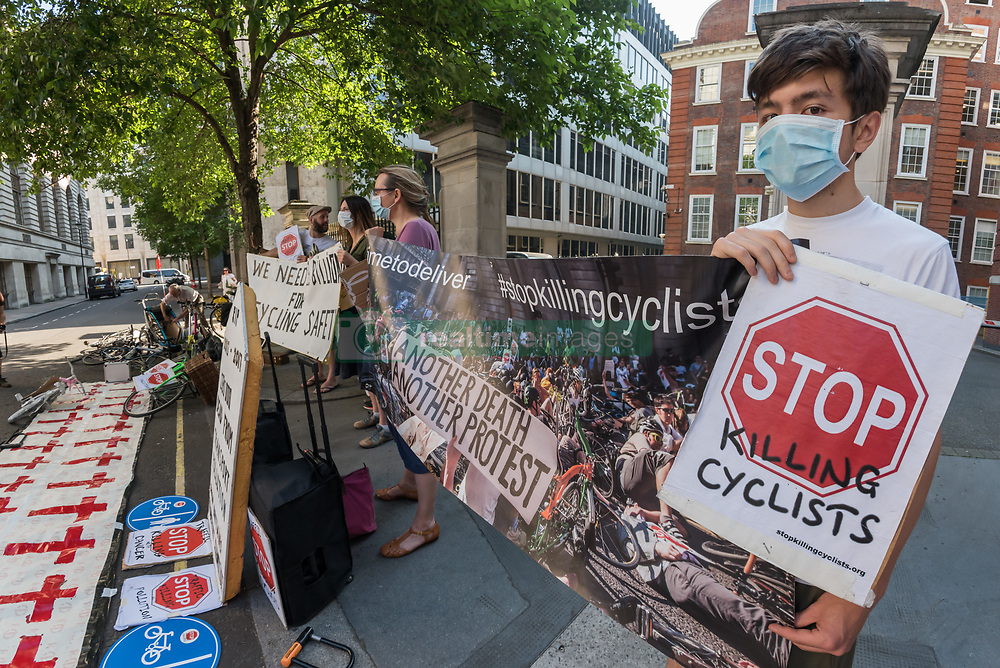