Apr. 28, 2010 - St. Petersburg, Florida, U.S. - Students and the entire staff at John Hopkins Middle School spell out 'UNITY' on their football field to show their commitment to unify the school and make it a better place during a celebration of 'Unity Day' at John Hopkins Middle in conjunction with Community of Tampa Bay. Estevez had the children break off in groups and make lists of behaviors that unite and that don't, with the focus to give the kids power in leading the school in curbing the in fighting they have been dealing with. Language arts teacher R. Serne said that 44 children were chosen to be part of the session and they were chosen specifically from different backgrounds and groups in the school. This is the first step in a long-range plan to unite neighborhoods and schools and to build an infrastructure that promotes civility and cooperation. Teachers and students have undertaken a series of activities to ’put unity back in the community' including a quilting project capturing the essence of specified neighborhoods, a study of historical facts of these neighborhoods, an essay contest, and recognition of literary works that include poetry, rap, song and dance. The culminating activity will be the human formation of the word ’UNITY' on the school field. Neighborhoods and businesses that are part of the John Hopkins family have been invited to attend. (Credit Image: © (Kathleen Flynn/Mike Medley of St. Petersburg Fire and Rescue/Kathleen Flynn/Tampa Bay Times/ZUMApress.com) 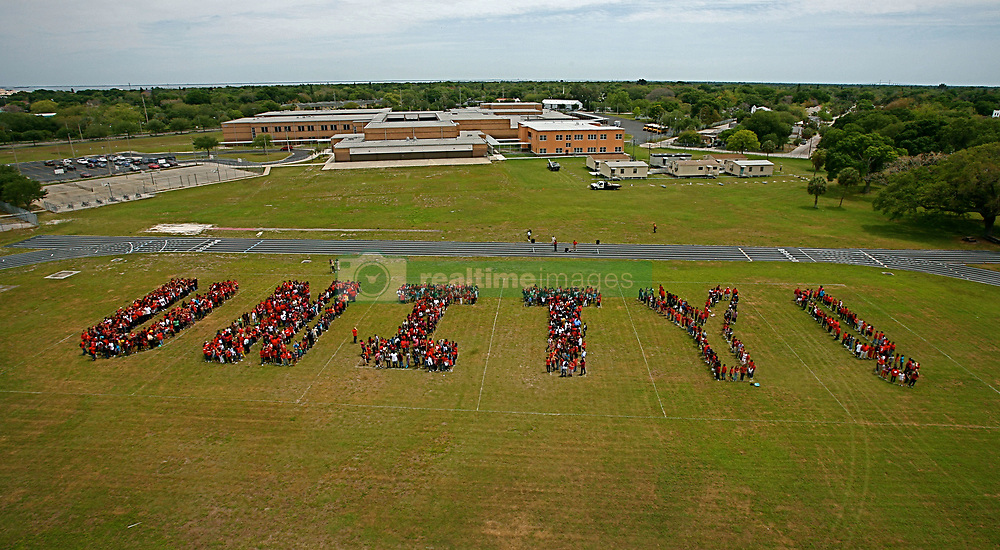