Nanjesha HN with the wooden staff pierced through his neck at Sparsh hospital in Bangalore on December 22, 2018. 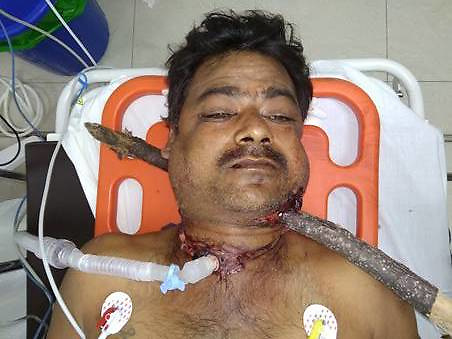