Chris Hemsworth shared his grueling workout routine in a revealing photoshoot for Men's Health. The Thor actor showed off his bulging biceps on the cover of the fitness mag, which is due to hit US newsstands on February 12. The March edition is also set to go on sale in the UK and Australia. During the photo shoot, which was taken in Byron Bay, Australia, the movie star shared a number of fitness tips. He also recorded a short video detailing his routine, which includes push-ups, battle ropes, medicine ball slams and Russian twists. During an interview with the magazine, he also went on to say that he nearly gave up on acting after missing out on the role of Captain Kirk in 2009's Star Trek. He said" “I was about to quit. I always wanted to act, and one of the first things I wanted to do when I got any money was pay my parents’ house off. I’d asked Dad once when he thought he’d pay it off and he said, “Honestly, probably never.” I wanted to change that. So I was super active with auditions. And then my mentality changed, which came from being at a point where I was like, “I’m going to go back to Australia.” I had one more audition where I was like, “Do this for his house. Think about reasons other than yourself.” That was for The Cabin in the Woods, and I got that job, and from there I got Red Dawn. And then I got Thor.” He also claimed that he always likes to maintain his physique in case he is ever caught off guard by the paparazzi, adding: “It comes hand in hand with the roles I play, but look, occasionally you’ll see paparazzi poking out of the bushes and you’re like, “How’s my rig look? Am I on point, or have I slacked off lately?” I maintain my fitness because it makes me feel better." Hemsworth also spoke about his new fitness app Centr, which he hopes will help revolutionize fitness. He said " “The whole thing was about not becoming stagnant. That’s when your emotional and physical problems occur, I think. I wanted to 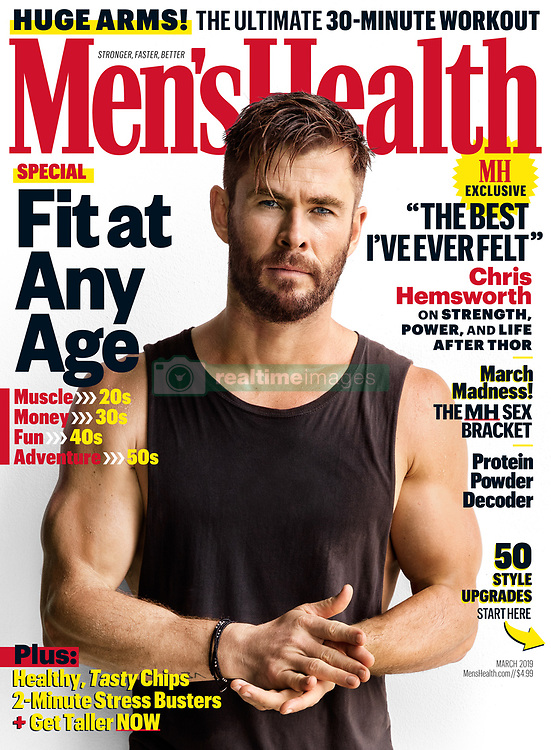