June 19, 2017 - Munich, Germany - Two youth protestors. The far- to radical-right and populist AfD party and speaker Wolfgang Wiehle held a rally at Munichâ€™s Schweizer Platz, which drew approximately 75 supporters, many from the Pegida-Munich circles, as well as several in neo-nazi circles. Approximately 50 peaceful counter-demonstrators organized by the SPD party and Muenchen ist Bunt group were also in attendance. Only one altercation arose when a member of the public and NOT part of the demonstrators approached the stage and created a minor disturbance. The theme of the speech was â€œBuerger an der Machtâ€ (â€œPower to the Peopleâ€) and Schweizer Platz was chosen as a tie-in to the AfDâ€™s concept of using the Swiss example to handle immigration and foreigners. (Credit Image: © Sachelle Babbar via ZUMA Wire) 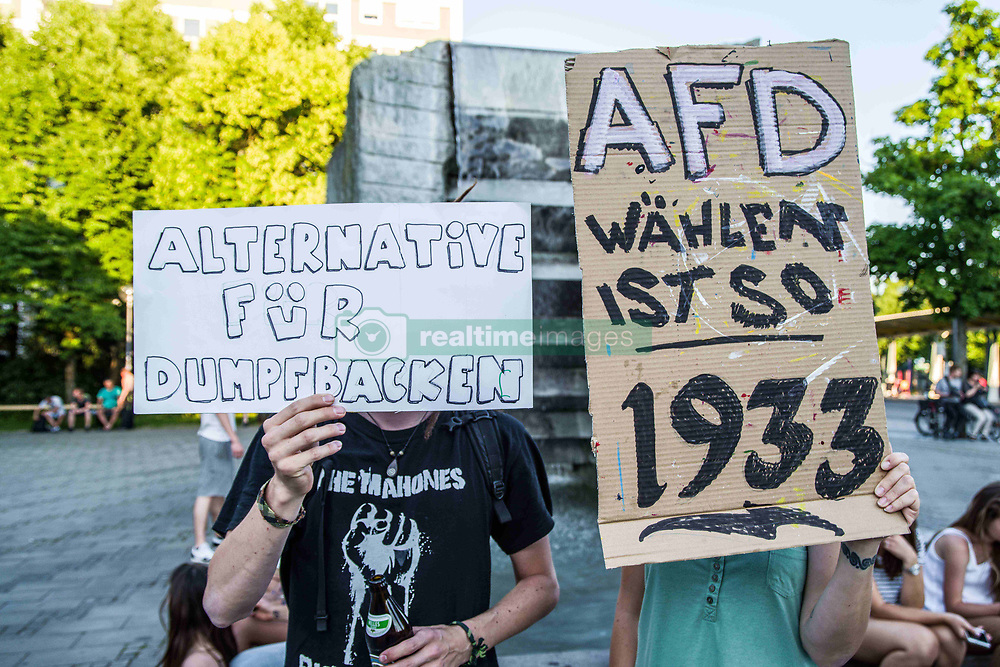