ORDEAL OF DEAF MUTE STUCK FOR HOURS IN SEWER. .The diligence of 55 year old security guard Paiboon, carrying out his routine duties in the Jomtien area of Pattaya â€“ Thailandâ€™s popular tourist hot spot saved a deaf mute from a malodorous end.. .Paiboon spent two hours trying to find the source of unintelligible sounds before discovering that a deaf mute had fallen into a 10m sewer and was trying to get help despite not being able to speak properly.. .The sewer was in a deserted building and except for Paiboonâ€™spersistence, the man might never have been found.. .The rescue team was called and managed to get the man out of the sewer after thirty minutes but, understandably, was unable to make any comment.. .Paiboon however modestly said â€œI did nothing reallyâ€¦just followed the sounds which intrigued meâ€.Â©Thai Rescue service/Exclusivepix Media (Credit Image: © Exclusivepix media via ZUMA Press) 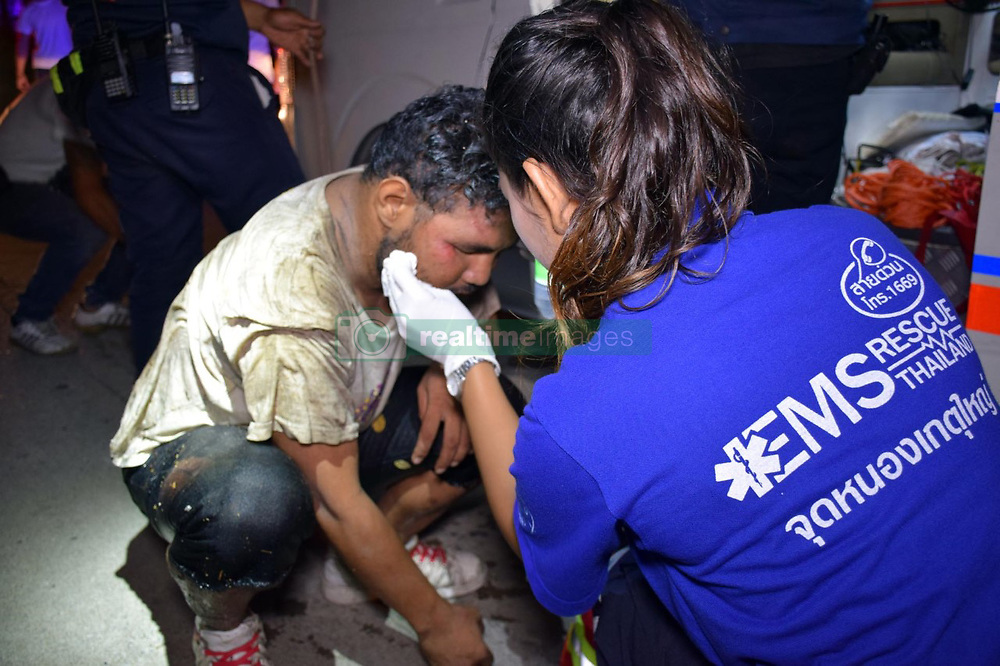