March 25, 2019 - Buenos Aires, Federal Capital, Argentina - The kings of Spain, Felipe VI and Letizia Ortiz, arrived on Sunday night, March 24, in Buenos Aires as part of the State visit to Argentina..According to the predicted, the official activities of the monarchs began this Monday, March 25, with a bulky agenda of activities..In the morning they met at Casa Rosada with President Mauricio Macri and the First Lady, Juliana Awada..The kings arrived at the government headquarters around 11 in the morning and after taking the official photo in the White Room, Macri and Felipe VI gave a message before entering the presidential office for their personal meeting, which will also be attended by Awada and the Queen Letizia. After the private lunch at the Residencia de Olivos, at night the Kings were entertained with an Honor dinner offered by President Macri, which was held in the Gallery of the Hall of the Shields of the CCK (Kirchner Cultural Center), where the King Felipe VI and Reina Letizia greeted the different invited personalities. (Credit Image: © Roberto Almeida Aveledo/ZUMA Wire) 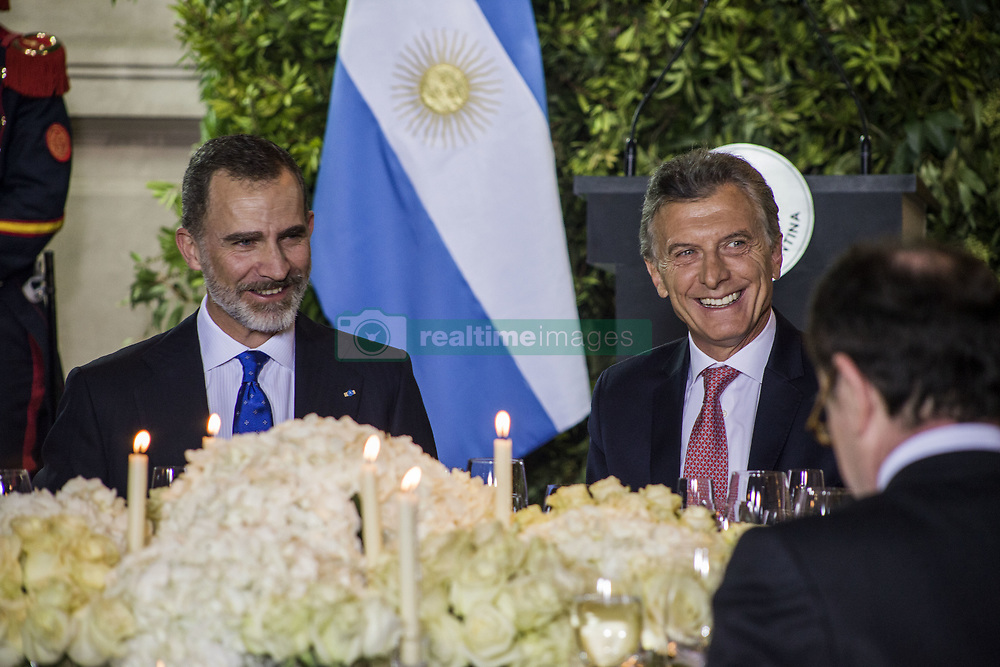