EXCLUSIVE: HE is one of history’s most notorious outlaws. A serial murderer and robber whose rampage with his lover accomplice was made into Hollywood hit Bonnie and Clyde. But Clyde Barrow had a softer more creative side – as this stunning snakehead ring he gave Bonnie Parker reveals. It has surfaced for the first time since the deadly duo went on a robbing and killing spree that made them America’s most hunted criminals. Incredibly, it has been tucked out of sight from the world for decades – hidden in an attic belonging to the family of a celebrated Texas sheriff who ambushed the pair in 1933. Lawman Richard ‘Smoot’ Schmid (correct) found the ring in Bonnie and Clyde’s bullet-riddled Ford Model B after they managed to escape. Experts say it is the nearest thing to a wedding band that existed between the notorious outlaws, who died together in another ambush six months later. It was given to Bonnie by Clyde after he had been languishing in a Texas jail and was pining for the married waitress he met in 1930 when she was 19. It made $25,000 at auction in Boston, Massachusetts, yesterday along with other fascinating items of America's outlaw history including Al Capone's diamond watch, which made $84,375 (including buyer's premium) and handwritten music and lyrics by the gangster, which sold for $84,375. Meyer Lansky's watch and gold razor and a jail letter from 'Telfon Don' John Gotti were also sold. (more copy available on request). 21 Jun 2017 Pictured: Meyer Lansky's gold watch. Photo credit: RR Auction/Greg Woodfield / MEGA TheMegaAgency.com +1 888 505 6342 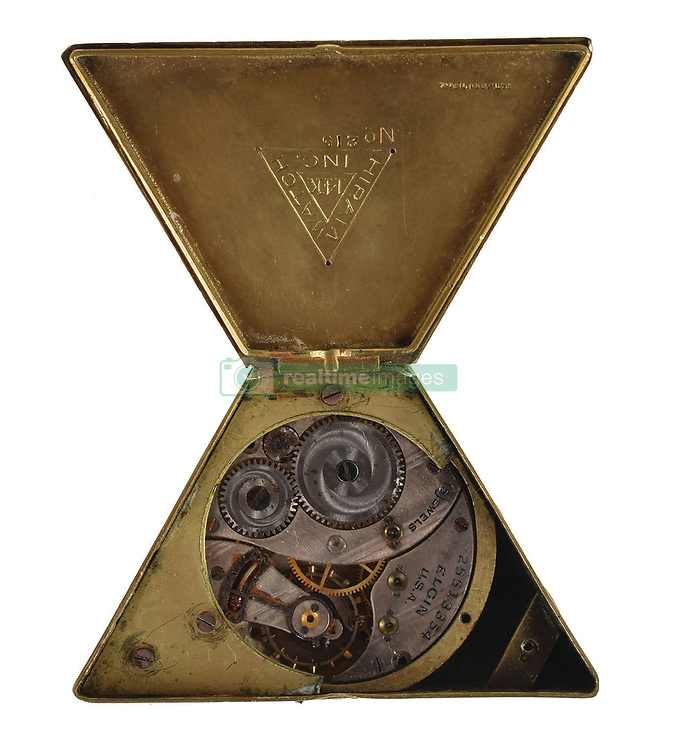