Commemoration Of The Transgender Day In Nantes

November 20, 2018 - Nantes, France - Tuesday, November 20, 2018 about fifty people gathered in front of the Prefecture of Nantes, France to commemorate the Transgender Day of Remembrance (TDoR) to pay tribute to the victims of transphobia. The activists of the Nantaise association of autosupport ''Trans Inter Action'' recalled that during the last 12 months 306 people were killed because of their gender identity around the world. Participants wanted to pay homage and ask for justice for Vanesa Campos Peruvian trans woman, sex worker who was murdered on 17 August 2018 at the Bois de Boulogne. (Credit Image: © Estelle Ruiz/NurPhoto via ZUMA Press) 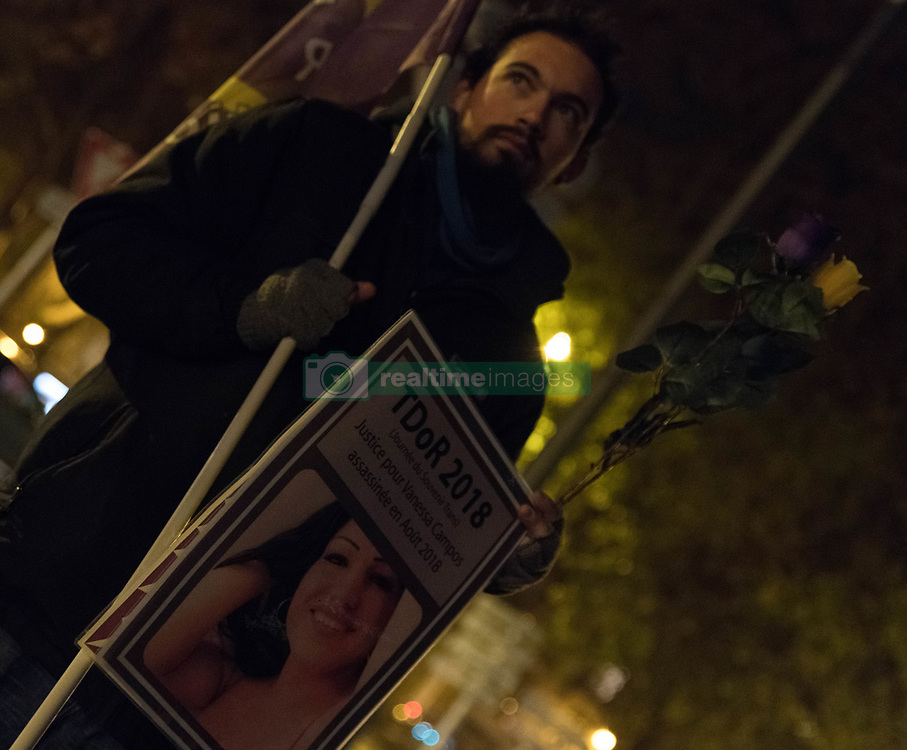