Jun 6, 2017 - Baghdad, Iraq - The Syrian Democratic Forces and their Syrian Arab Coalition partners launched the offensive to unseat the Islamic State of Iraq and Syria from its so-called 'capital' of Raqqa in northern Syria today. The SAC and SDF began marching on Raqqa in November and have been rapidly tightening the noose around the city since their air assault behind enemy lines in coalition aircraft in March to begin the seizure of Tabqah. The multi-ethnic SDF is the coalition's local ground force partner in the fight against ISIS in northern Syria and they have proven themselves in Manbij, Tabqah and countless other towns and villages across northwest Syria over the past two years. PICTURED: Iraqi special operations forces soldiers rappel out of an Iraqi helicopter during a demonstration by the Special Tactics Unit for Iraqi and coalition commanders in Baghdad, May 24, 2017. (Credit Image: ? Joseph M. Booth/Army/DOD via ZUMA Wire/ZUMAPRESS.com) 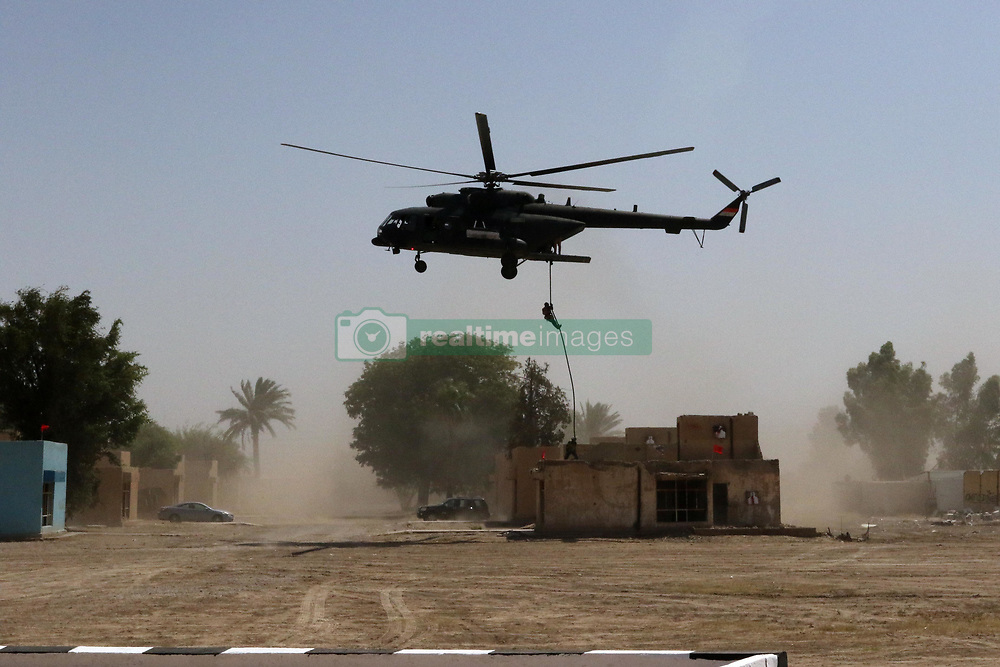