June 17, 2017 - Dhaka, Bangladesh - DHAKA, BANGLADESH - JUNE 17 : Bangladeshi people seen on street during heavy rainfall in Dhaka, Bangladesh on June 17, 2017..The death toll rises to 156 in several hill districts including Rangamati, Banderban, and Chittagong after the landslides following heavy downpour in those areas. The road communication has been broken so rescue workers could not operate with thier full speed and no relief has been reached to the affected areas. (Credit Image: © Zakir Hossain Chowdhury via ZUMA Wire) 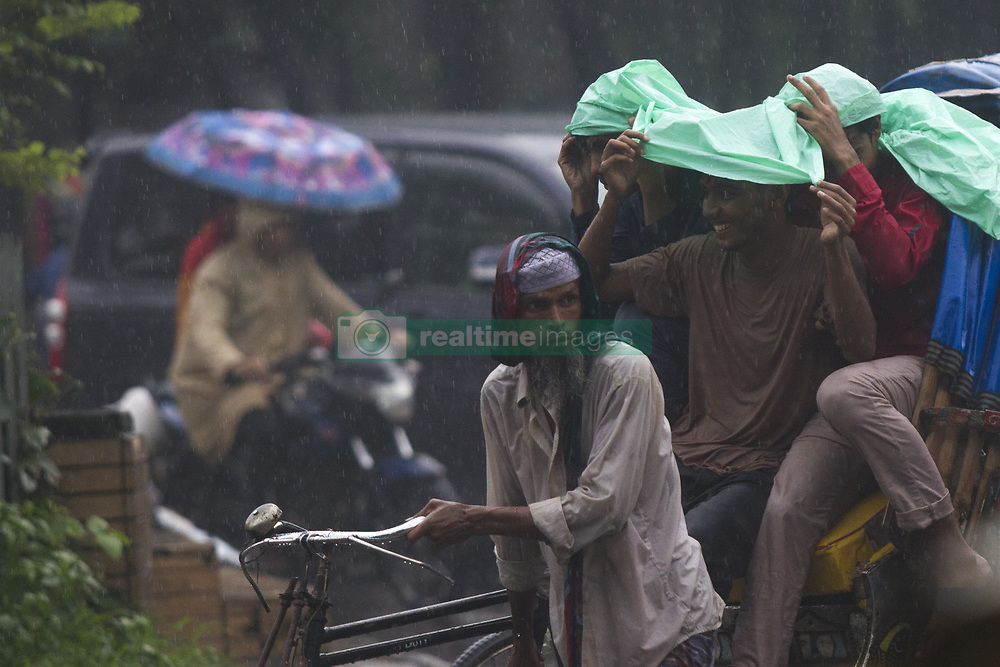