Meghan having pancakes aged 8 at a friend's house in LA 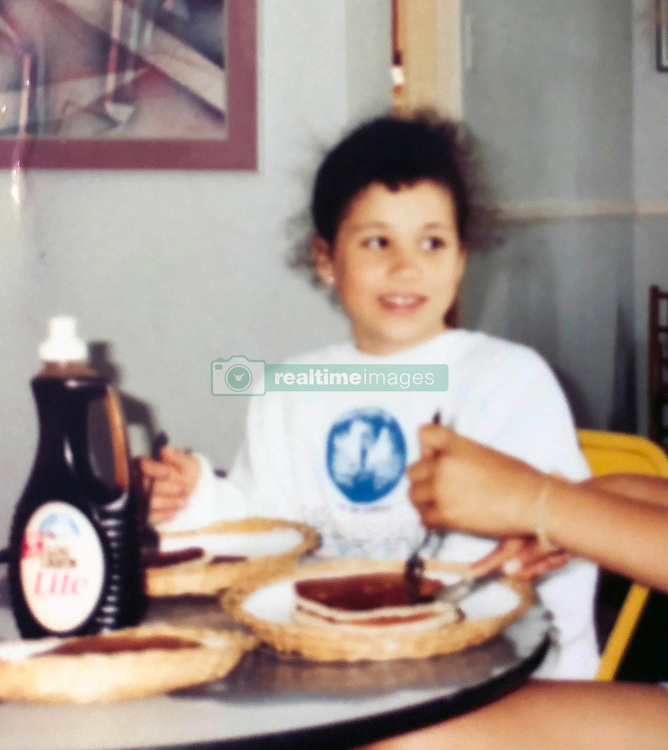