File photo - Andy Murray plays John Isner of the United States during the Mens Singles Final on day seven of the BNP Paribas Masters at Palais Omnisports de Bercy on November 6, 2016 in Paris, France. Murray has celebrated his impending rise to the world No 1 ranking with a 6-3 6-7(4) 6-4 victory to claim his maiden Paris Masters title and his eighth tournament win of the season. Andy Murray shocked the tennis world Friday morning in Melbourne when he announced his plans to retire this year during a tearful press conference ahead of the Australian Open. The former world No. 1 had hip surgery in January 2017 and says the pain has become too much to bear. Photo by Laurent Zabulon/ABACAPRESS.COM 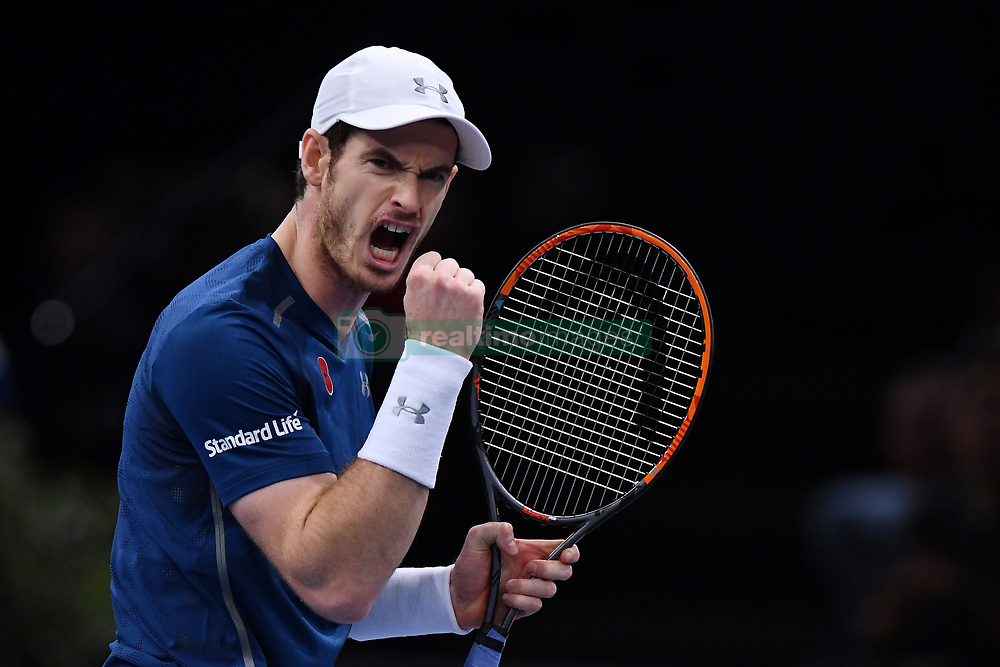