May 4, 2018 - Violent clashes erupt on the east of Gazaâ€™s southern city of Khan Yunis during the â€œGreat March of Returnâ€ protest for the sixth consecutive Friday. Palestinian protesters hurled stones towards Israeli forces during the clashes near the Gaza-Israeli border fence. A number of Palestinian protestors were injured by the live ammunition, rubber bullets, and tear gas fired at them the Israeli Security Forces. Palestinians demonstrators also burnt tyres near the border to obscure the view of heavily armed Israeli troops and block sniper fire. Palestinian demonstrators have gathered at five sites along the Gaza-Israeli border fence for the Great March of Return 6th consecutive Friday, and according to the Israeli military argued that protesters flied kites with flammable material into Israel and that the Israeli forces only fired at Palestinians attempting to breach the fence. Since the Great March of Return started on March 30, 45 Palestinians have been killed, while nearly 2000 have been injured (Credit Image: © Ahmad Hasaballah/IMAGESLIVE via ZUMA Wire) 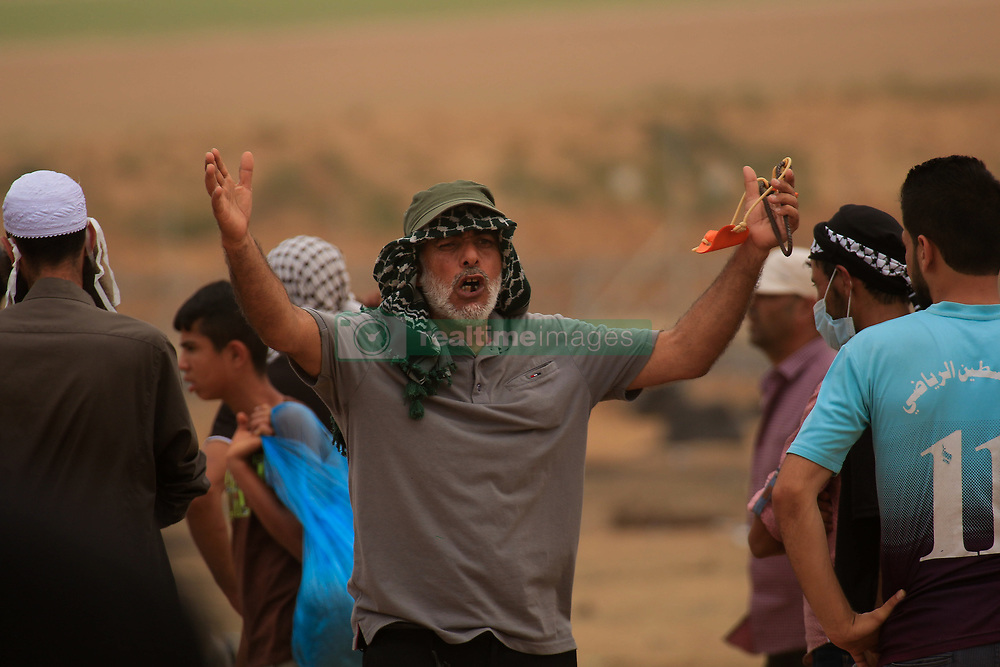