FRANCE OUT - Pope Francis eats with the Vatican's blue-collar workers at their cafeteria at the Vatican on July 25, 2014. The Vatican is the planet's smallest State. Within this tiny political entity, the world's largest and most influential Church's executive powers affect the lives of at least one billion Catholics throughout the world. In fact, the Vatican is the only State in the world subservient to a religion. The pontifical palace, Swiss Guards, in-house newspaper, railroad station and hundreds of employees, executives, manual laborers and craftsmen, are all part of life in the Vatican, to which we have been invited for a special visit. Some 2,000 employees cross over the Santa Anna gate each morning at around 7 am, the gateway guarded both by the Swiss Guards and the vigilenzia (Vatican police force). Not all of them work at the Vatican by vocation, but many admit that a deep personal connection to the Pope has motivated their choice of work. Photo by Eric Vandeville/ABACAPRESS.COM | 582152_029 Vatican City Vatican Vatican (or Holy See) 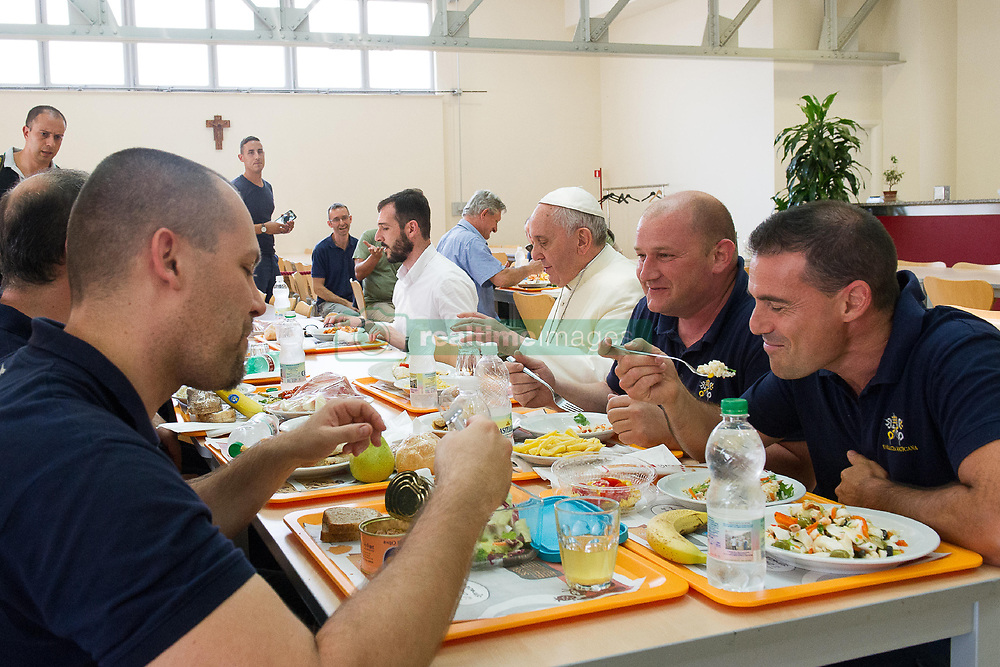