Obdulia Sanchez, 18, of Stockton, cries as she turns to look at family members while appearing before judge David W. Moranda during a bail hearing at the Robert M. Falasco Justice Center, a branch of the Merced County Superior Court in Los Banos, Calif., on Friday, July 28, 2017. Sanchez has been charged with DUI and gross vehicular manslaughter for a crash that occurred on Friday, July 21, 2017, resulting in the death of her 14-year-old sister Jacqueline Sanchez. Video of the crash which was live-streamed on social media by Obdulia Sanchez, has since gone viral. 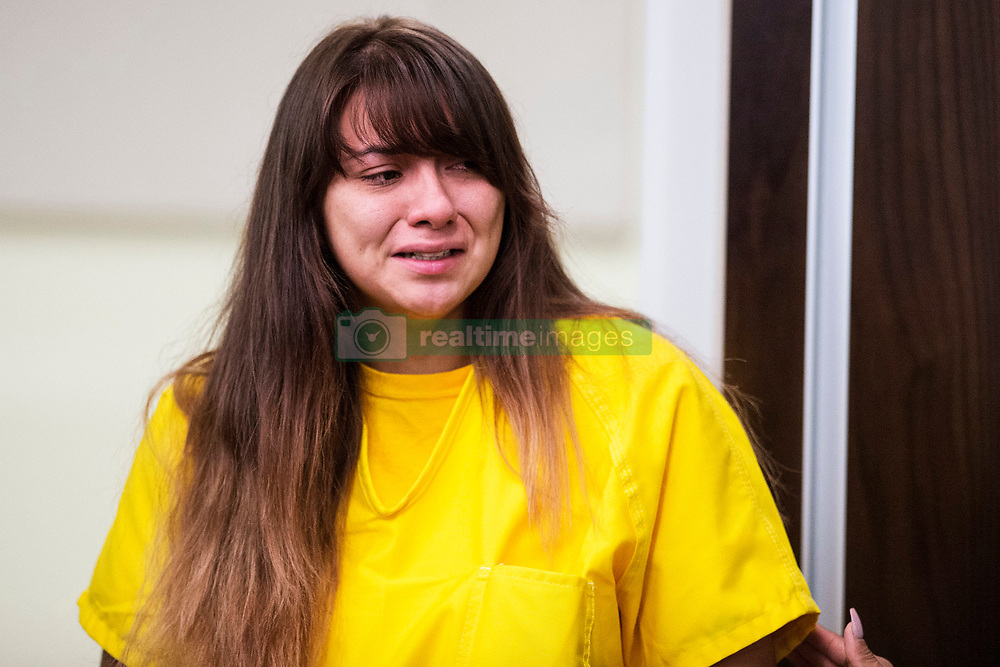