April 3, 2017 - Srinagar, Jammu and Kashmir, India - An Indian policemen stand near the coffin containing the body of their comrade killed in a grenade attack by suspected militants, during a wreath laying ceremony on April 03, 2017 in Srinagar, the summer capital of Indian administered Kashmir, India. A wreath laying ceremony was held today for an Indian policeman who was killed and 14 others wounded when suspected militants lobbed a hand grenade yesterday evening on their patrolling party in the Nowhatta area of Srinagar. (Credit Image: © Yawar Nazir via ZUMA Wire) 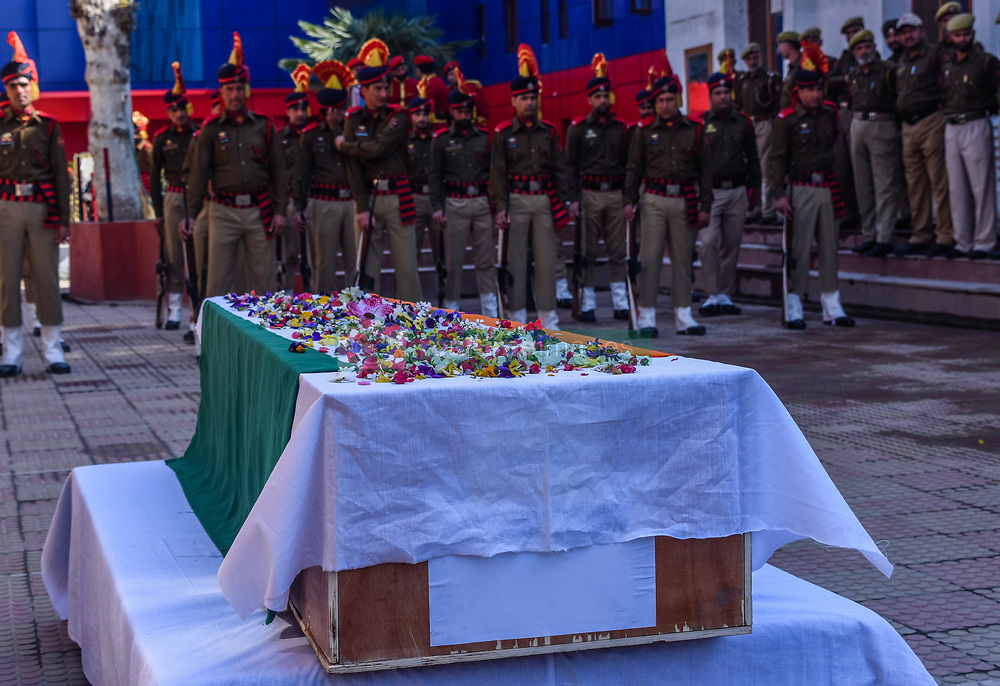