''Put It To The People March''

March 23, 2019 - London, UK - LONDON, UK. Protesters at the front of the march. Thousands of people take part in the ''Put It To The People March'', marching from Park Lane to Parliament Square on what was supposed to be six days before the UK was due to leave the EU, before an extension to the departure date was given. Protesters demand that the public is given a final say on Brexit as support for the Prime Minister's withdrawal plan continues to recede. (Credit Image: © Stephen Chung/London News Pictures via ZUMA Wire) 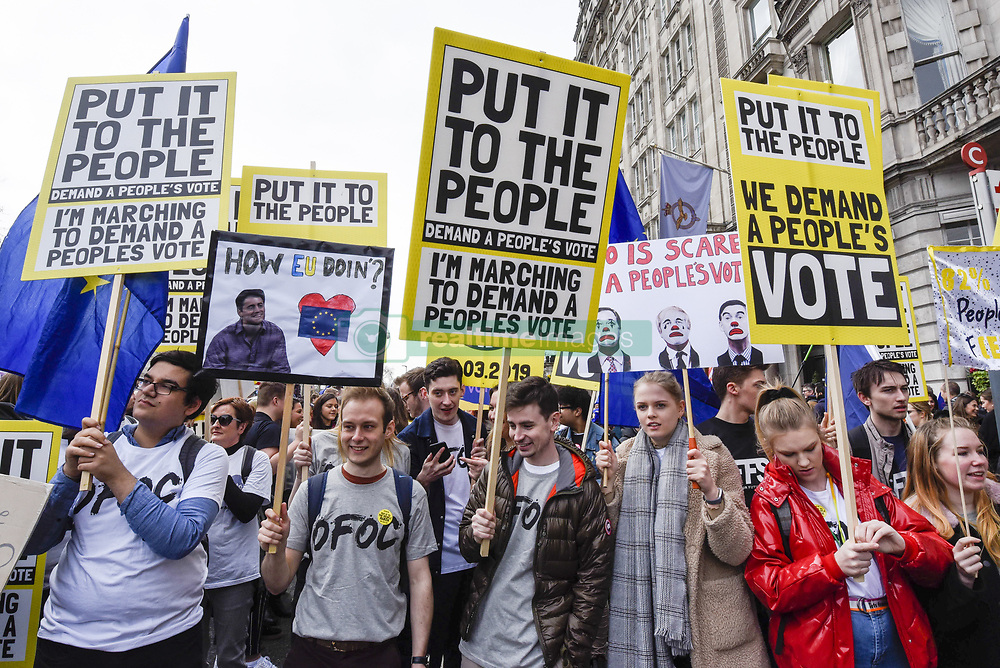