June 4, 2017 - MÃ¼Nchen, Bayern, Germany - Pro-EU demonstrators with the Frankfurt-based Pulse of Europe #pulseofeurope demonstrated in Munich the day after coordinated, suspected terror attacks that took place in London, England the night before. There was little spoken of the London terror attacks, outside of a few sentences by John Friedmann, grounder of the Munich chapter after which the music and dancing program resumed. Post-Brexit Britain has been a target of negative commentary by the Pulse of Europe movement..The Pulse of Europe movement was created to unify Europe and raise the voice of pro-EU supporters in the face of riding populism and right-radicalism. Despite this, Pulse of Europe has explicitly welcomed Pegida members and right-radicals, as well as being criticized for what appears to be â€œleft-populismâ€ that attempts to generate European unity through the channeling and normalization of the hatred of Russia, Turkey, post-Brexit Britain, and the United States. Further criticisms blast the large amount of program materials being based on the United States and Trump and lack of concrete discussion based on Europe. (Credit Image: © Sachelle Babbar via ZUMA Wire) 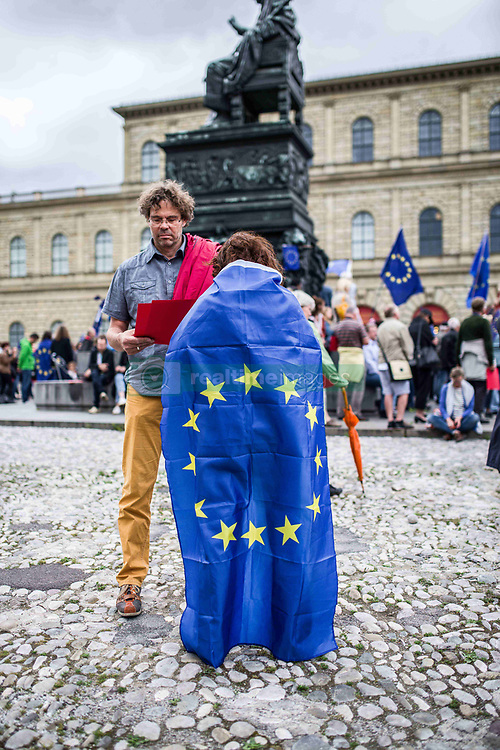