August 17, 2016 - Aleppo, Syria - HOMELESS: Five-year-old wounded Syrian boy OMRAN DAQNEESH sits alone and silent, with a bloodied face sitting in the back of an ambulance after he sustained injuries during an airstrike. Daqneesh was injured, in an alleged Russian Air Force strike on the rebel-held al-Qaterji neighborhood of Aleppo. Omran suffered a wound to his head and was taken to a hospital known as M10 and later discharged. Daqneesh was rescued with his parents and three siblings, then aged one, six, and ten. His 10-year-old brother, Ali, died on August 20, 2016, of his injuries. The apartment building collapsed shortly after the family was rescued. Eight people died in the air strike, including five children. Caked in dust, Omran is one of the thousands of Syrian children caught in an endless war. Aleppo, the northern Syrian city, for years has been a battleground between government and opposition forces in this endless Civil War. The eastern section, where civilians live in dire conditions, has been shredded by barrel bombs and airstrikes. Omran Daqneesh, silent and in shock in the back of an ambulance, the left side of his face is smeared with blood. He doesn’t make a sound. (Credit: © Mahmoud Rslan/Aleppo Media Center via ZUMA Wire) 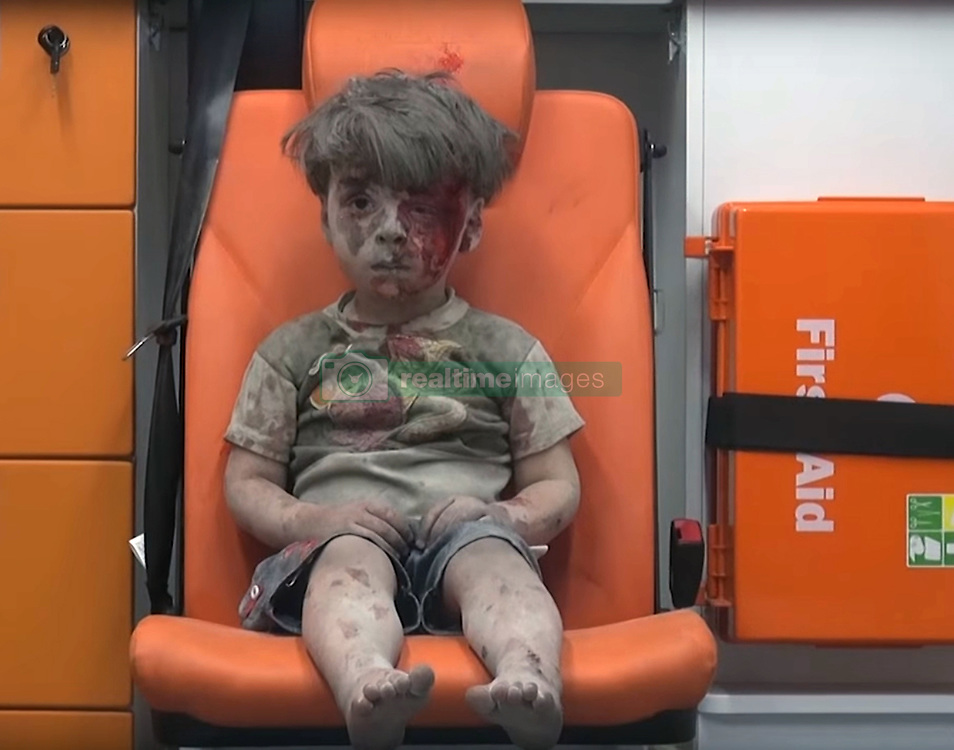