May 29, 2017 - File - MANUEL ANTONIO NORIEGA MORENO (February 11, 1934 to May 29, 2017) was a Panamanian politician and military officer. He was military dictator of Panama from 1983 to 1989, when he was removed from power by the United States during the invasion of Panama. Noriega was also a major arms and cocaine trafficker who worked with CIA. Pictured: May 30, 1988; Panama City - Feared Panamanian leader General Manuel Antonio Noriega with his supporters. In December 1989 the U.S. armed forces invaded Panama, captured Noriega and brought him to Miami for trial. He was convicted in 1992 on eight counts of racketeering, drug trafficking and money laundering and is serving a 40-year sentence in a U.S. feredal penitentiary.(Credit Image: © Bill Gentile/ZUMAPRESS.com) 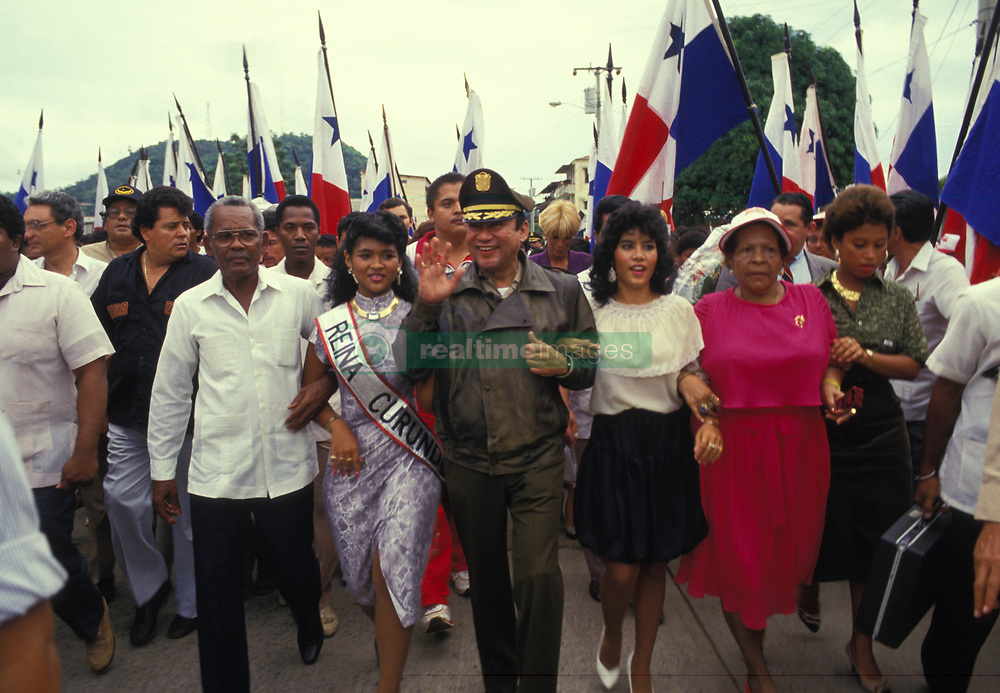