File photo taken on August 31, 1997 - Princess Diana who was still alive after her terrible car crash who occured under Alma bridge's tunnel receives an emergency treatment into a medical unit which had to stop several times on the way to the hospital due to the very bad condition of Princess Diana, nevertheless she died few instants later. Princess Diana died on August 31 1997 after suffering fatal injures in a car crash in the Pont de lAlma road tunnel in Paris. Her companion Dodi Fayed and driver and security guard Henri Paul were also killed in the crash. Photo by ABACAPRESS.COM 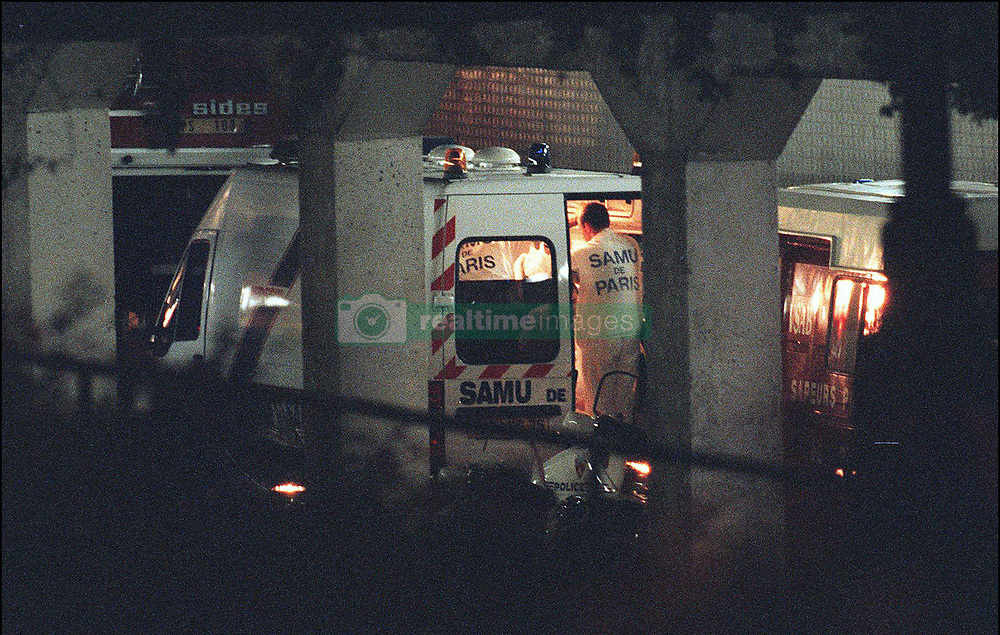