October 31, 2016 - Paris, France - Migrants cprotecting his eyes after some teargas was thrown by the police in Paris, France on 31 October 2016. More migrants and refugees coming from the dismantling of Calais and also from Italy are living in the streets of Paris, between the Stalingrad and Jaures tube Stations, in the north of the French capital. The police evacuates one of the camp, with migrants from Afgahnistan and Pakistan. (Credit Image: © Guillaume Pinon/NurPhoto via ZUMA Press) 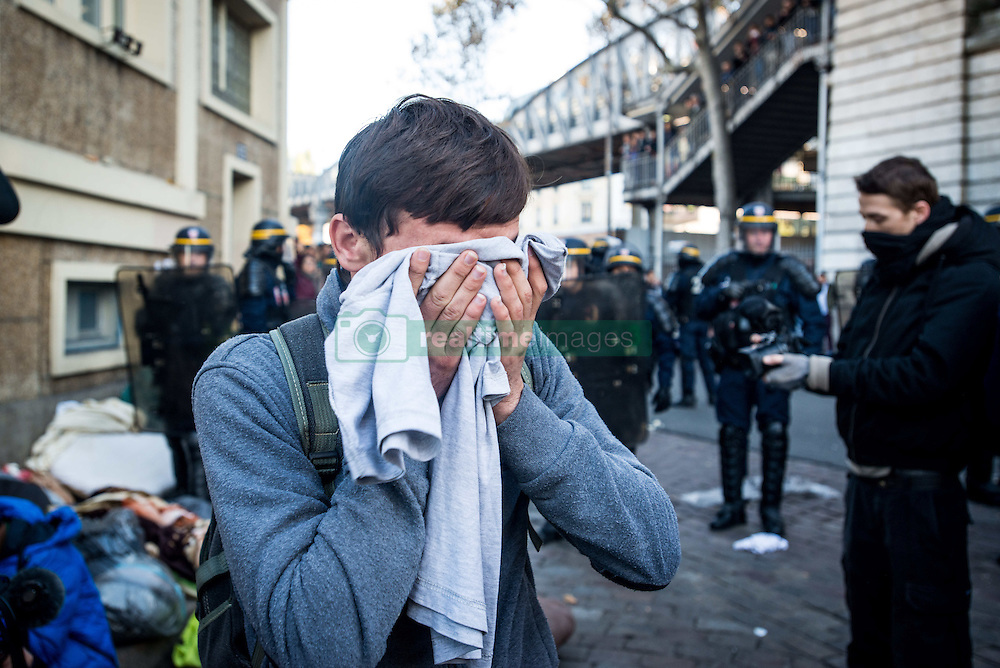