Pic from Phil Mingo/ Magnus News. Pic shows Jaime Lee, 42, and her adopted jackdaw Jake. Jaime and her husband Adrian, 43, from Axminster, Devon, rescued Jake in May as a chick when he was dropped by 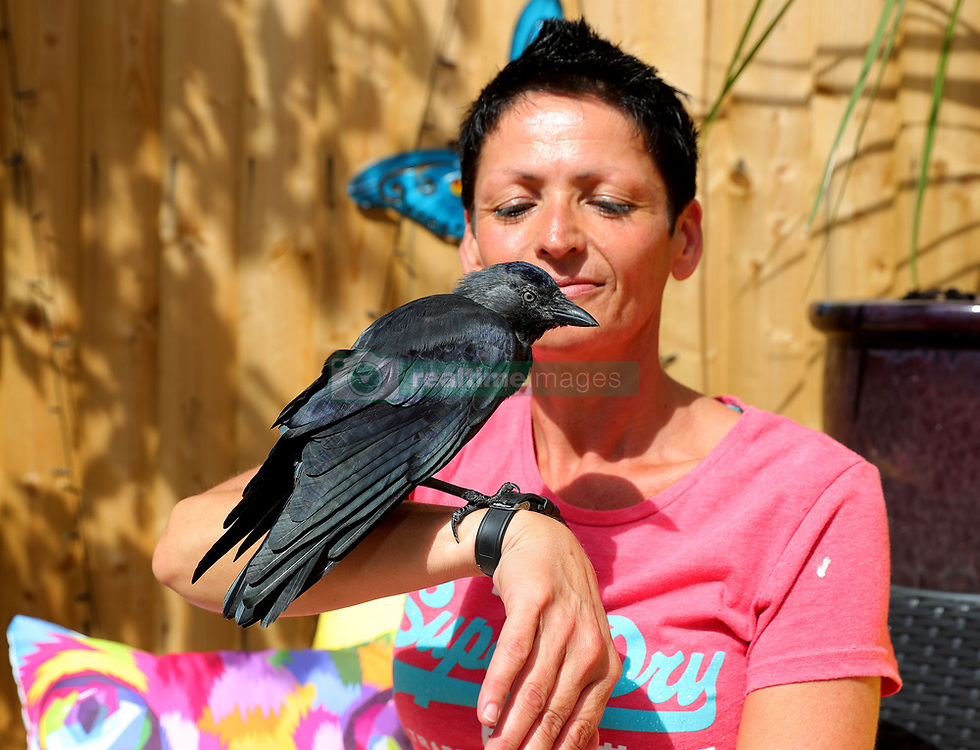