October 22, 2016 - Romer, Italy - Europe, Italy, Rome, October 22, 2016: Demonstration against the Premier Matteo Renzi. After the general strike on Friday of the base unions, which had its sights on the constitutional referendum, the front of No manifest in Rome for the No Renzi Day. Starting at 14, Piazza San Giovanni, renamed for the occasion Square Abd Elsalam by the Egyptian worker name died in July at Piacenza, hosts a ''camped'' that is welded to abstain from work on Friday. The promoters, including leftists, Communist Refoundation, the grassroots unions and the left forces and social policy, they said they want a ''No'' to the Counter-Constitutional ''and all its authors in the name of the exploited people, precarious, without work, impoverished, poisoned. '' In particular the protest to raise awareness on social issues such as ''the work, training and public education, housing, income, social status and the common good in public hands''. And yet ''the environment and democracy, democracy and security in the workplace.'' The protesters also claim ''freedom and democratic sovereignty of the Italian people (Credit Image: © Danilo Balducci via ZUMA Wire) 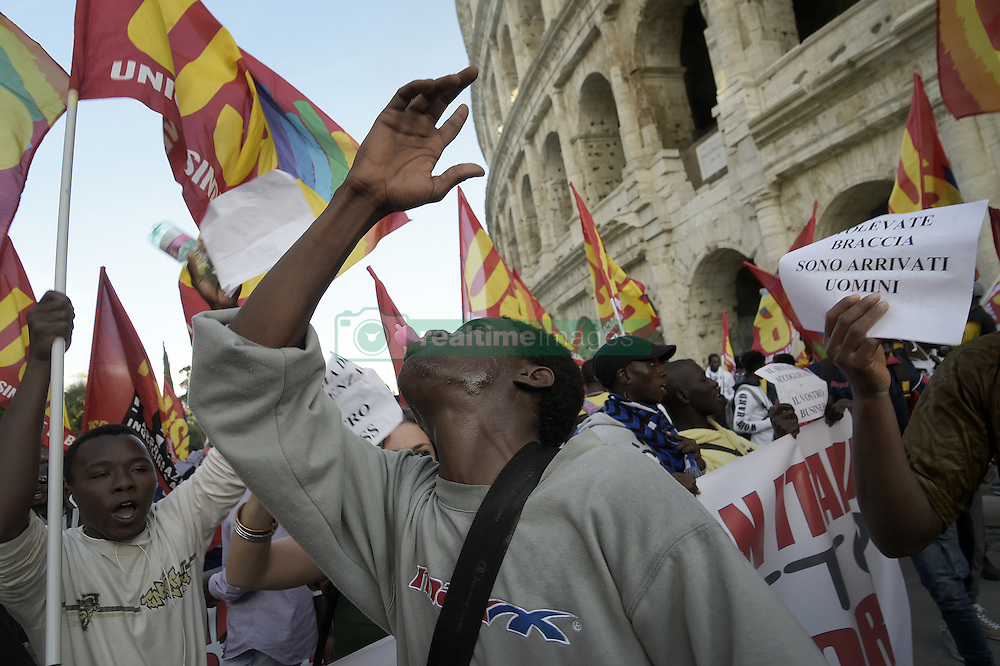