March 30, 2019 - Palestinian Mohammed Jihad Saad, 20, dies in the Shifa Hospital in Gaza City, succumbing to the wounds he had sustained during the previous night protest on the east of Gaza City. Muhammad Jihad Saad, who is from the Shujayia neighbourhood in central Gaza, was injured in the head with bullet shrapnel during the ''Night Confusion'' Unit protest on Friday night in the Malika area on the east of Gaza City. At least eleven other Palestinians were injured in the night protest. For same weeks some Palestinian protesters have been holding night protests, during which they set tires on fire and chant slogans through loud speakers. Mohammad Jihad Saadâ€™s tragic death occurs on Palestinian Landâ€™s Day anniversary and on the first anniversary of the Great March of Return protests in Gaza (Credit Image: © Ahmad Hasaballah/IMAGESLIVE via ZUMA Wire) 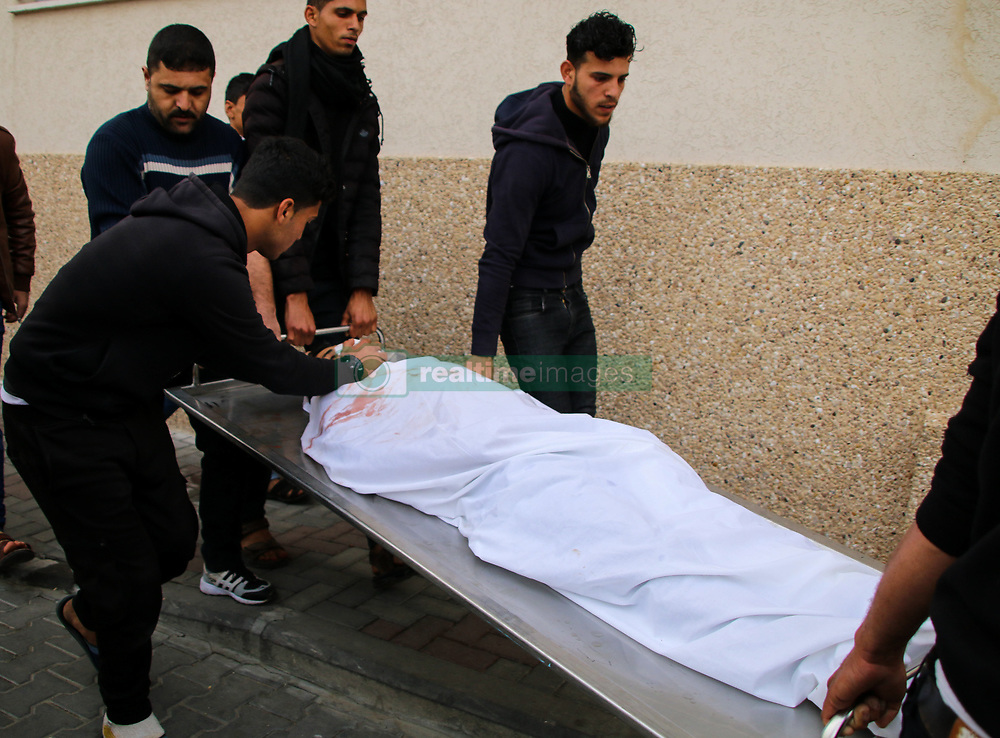