EXCLUSIVE: Jamie Foxx and Joseph Gordon-Levitt are seen for the first time on the set of his new Netflix movie 'Power' looking bloodied and beaten with Foxx's arm wrapped in a bloodied bandage and Gordon-Levitt with a black eye and new 'New Orleans' Fleur de lis tattoo on his arm. Foxx was seen wearing a Hawaiian style floral shirt and sunglasses as he shot the first scenes in 'Chruch's Chicken' fast food restaurant. The movie has been kept under wraps with very little information leaked. It is however thought to be a sci-fi movie about a drug epidemic that gives people a range of superpowers. The protagonist is believed to be a teenage actress who finds herself dealing the drug to help care for her family. Sources say Foxx will play a family man who has suffered a great loss and is desperate to trace the drug’s supply line and find its designer. Joseph Gordon-Levitt also stars along side Foxx and is said to play a beat cop who takes law enforcement matters into his own hands. Jamie Foxx if said to be dating Katie Holmes although there has not been any official confirmation of this. 16 Oct 2018 Pictured: jamie Foxx. Photo credit: MEGA TheMegaAgency.com +1 888 505 6342 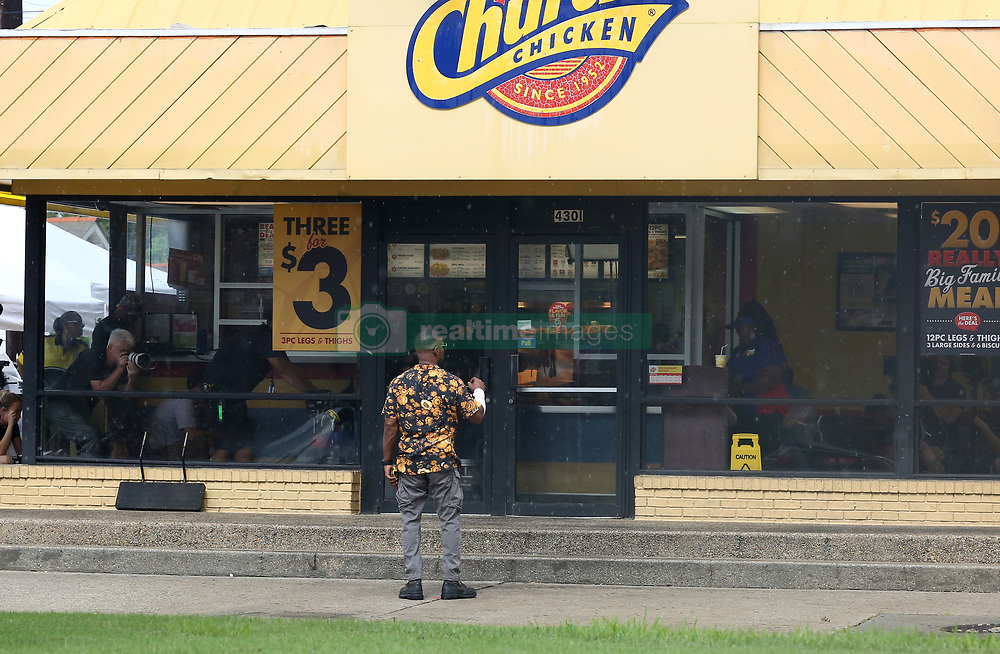