May 3, 2017 - Minneapolis, Minnesota, U.S - The skyway going into Baker Center, a newer building in downtown Minneapolis. The skyways are enclosed pedestrian overpasses that connect downtown buildings. The Minneapolis Skyway was started in the early 1960s as a response to covered shopping malls in the suburbs that were drawing shoppers out of the downtown area. The system grew sporadically until 1974, when the construction of the IDS Center and its center atrium, called the Crystal Court, served as a hub for the downtown skyway system. There are 8 miles of skyways, connecting most of the downtown buildings from Target Field (home of the Minnesota Twins) to US Bank Stadium (home of the Minnesota Vikings). In the last five years many upscale downtown apartment buildings and condominium developments have been added to the system, allowing downtown residents to live and work downtown without going outside. (Credit Image: © Jack Kurtz via ZUMA Wire) 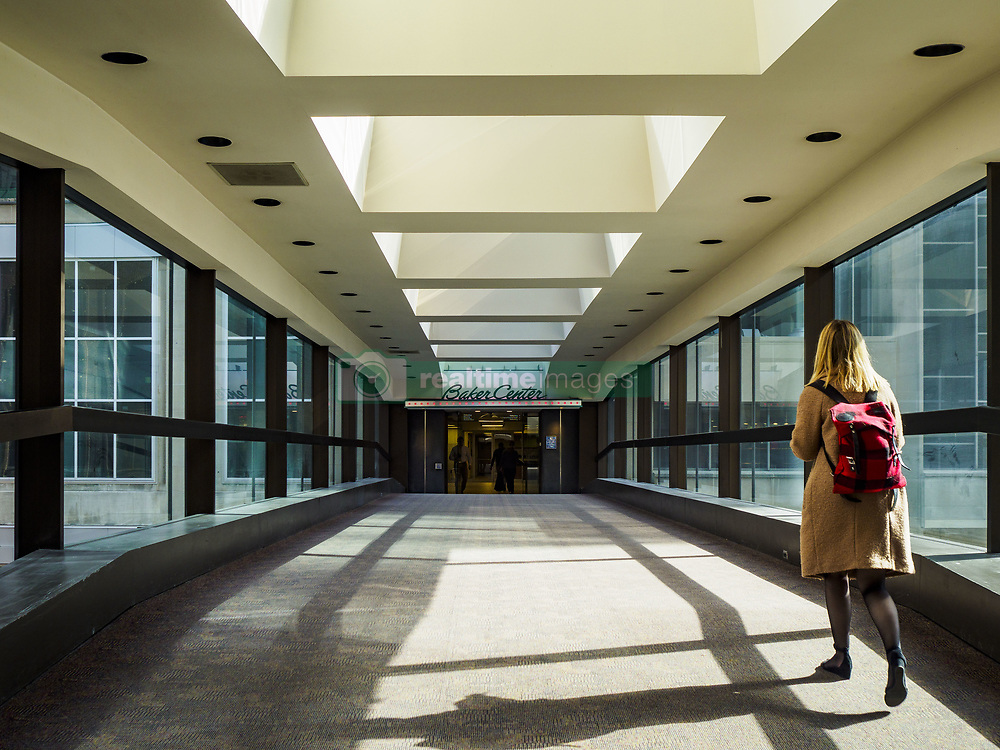